The House of Lords has supported calls to scrap “unnecessary” wine import documentation, which could cost the UK trade an extra £70 million a year. 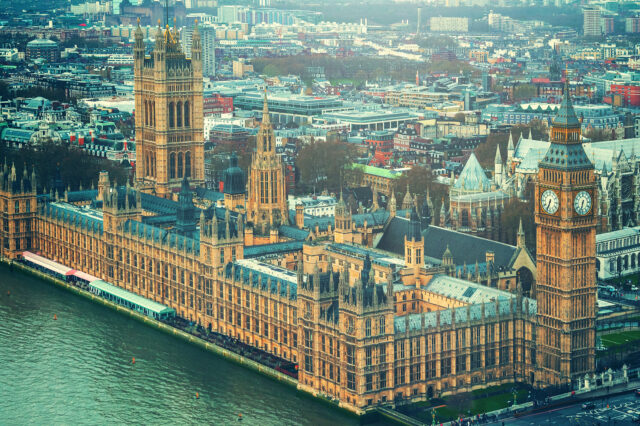 The House of Lords has debated an amendment to the Agriculture Bill, which reduces the volume of wine important documents needed after the Brexit transition period.

As things stand, wine imported from Europe into the UK from 1 January 2021, regardless of whether a deal with the EU is finalised, must have a VI-1 form.

Such documentation has been branded a “burden”, “unnecessary” and “bonkers” by members of the UK wine trade. The form also requires bottles from each product line to be submitted for lab testing.

The additional red tape is expected to generate 600,000 extra paper forms, with fine wine marketplace Liv-ex estimating that it alone would have to produce a whopping 65,000.

Currently, VI-1 forms are only required for wine being imported from outside the EU. Some countries, including Australia and the US, have simplified versions.

The UK imports 55% of its wine from Europe. In a written statement, the UK government said that the cost to the industry would be “negligible or nil”. The Wine and Spirit Trade Association (WSTA) disagrees, warning that the extra paperwork could damage the £19 billion wine industry, which supports over 130,000 UK jobs.

Lord Holmes, who tabled the amendments, said that the form “would impose extreme levels of friction” and that instead, there was an opportunity for a “digital solution”.

He said that not accepting the amendment would be “effectively increasing the price of wine and lowering the choice for consumers”.

“Leaving the EU offers a major opportunity to cement the UK as the world’s wine hub,” he added. “The VI-1 is not fit for purpose for the UK outside of the EU, and by initially removing the requirement for a limited period after the transition period, the UK can lead the way by creating a new, simplified, electronic wine passport which facilitates trade from all over the world and opens up new opportunities for this great British industry.

“Wine is the UK’s 6th biggest food and drink export, worth around £650 million, and by making trade easier and removing unnecessary prescriptive EU rules, we can boost the UK’s place as a world-leader in wine and ensure consumers can continue to buy a wide and exciting range of wine from all over the world.”

In a webinar hosted by the WSTA and Liv-ex earlier this month, it was stated that the UK’s fine wine industry could be “sleepwalking into a disaster”. Additional measures, which could be implemented after 1 January, would be particularly damaging to wine worth hundreds of pounds a bottle.

Potential requirements, such as over-stickering and wood packaging regulations, would incur additional cost and could risk damaging the wine and its value, webinar attendees were told.

Miles Beale, chief executive of the WSTA, said the industry body was “extremely pleased” to have support from the House of Lords.

“It is entirely within the government’s gift to avoid imposing these complicated, costly and unnecessary checks,” he said. “Politicians need to better understand this issue, which if it isn’t handled properly will see the UK’s world leading wine industry facing a catastrophic disruption to trade.”

The WSTA has been working with the team at the Department for Environment, Food and Rural Affairs (DEFRA), but has stated that the challenge is to move the wine sector “higher up the list” of issues to be addressed.