Portugal’s Cork Supply has announced news today of a breakthrough process guaranteeing that all its natural cork stoppers are free of TCA or any off-aromas – and for no extra charge. 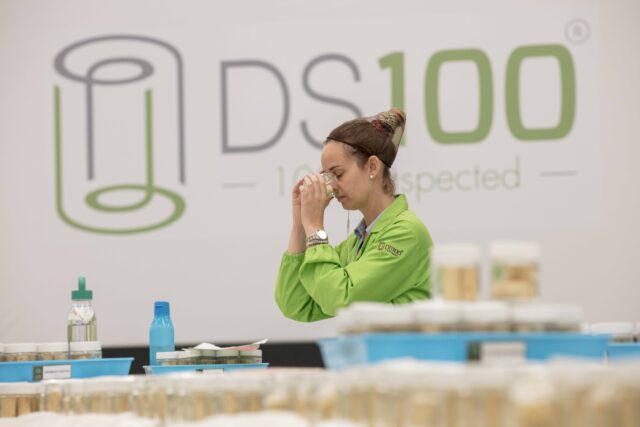 The development means that every cork leaving the Cork Supply factory, from whole piece natural stoppers to the cheapest agglomerated ones, are free of any potential wine spoilage taints, such as TCA (the compounds responsible for the ‘corked’ aroma and flavour in finished wines).

Speaking exclusively to the drinks business ahead of the announcement, Cork Supply president, Jochen Michalski, said that he wanted to find a solution to the risk of cork-derived off-aromas in wine that was “viable on an industrial scale and wouldn’t add cost to the customer.”

His company’s patented two-part process produces corks that are 99.85% free of detectible TCA and off-aromas, according to Michalski, adding, “there is no such thing as 100% for anything.”

He also told db that all the corks produced by his business would be subject to the same treatment and therefore guarantee, saying, “Everything will go through [the two-step treatment], even a four cents cork; no matter what grade you buy from us, from a sensory perspective it will be the same.”

Meanwhile, Ana Cristina Lopes, who is the R&D director at Cork Supply, explained to db that reaching this breakthrough stage had proved challenging for two main reasons, even though she said that getting rid of off-aromas in cork is not particularly difficult.

“It took us time because we wanted to be efficient in TCA removal without adding cost to the final product; extracting TCA is not so hard, but what is hard is to do this consistently without damaging the natural corks, and be economic for the customer,” she said.

Continuing she said, “We had to consider multiple things: how TCA combines with cork, then how to extract it from the cork efficiently, and then look at the process and see where could introduce technology without damaging the cork.”

Finally, Michalski said that all natural stoppers and discs currently being produced by Cork Supply are going through this process, which has been named the InnoCork circuit, meaning that guaranteed TCA-free stoppers are available now.

While other cork suppliers offer TCA-free guarantees on their stoppers, sometimes resulting from a final screening process to check for the presence of the compound, the Cork Supply promise is different in that the off-aromas are eliminated from the cork itself, whatever the grade, and at no extra cost, according to Michalski.

The system works in a two-phase process:

Responding to the announcement by Cork Supply, Carlos de Jesus, who is director of marketing at Amorim, the world’s largest cork producer and pioneer in the provision of natural cork stoppers with a non-detectible TCA guarantee, told db that Amorim was pushing “the technological bar even higher”.

He said, “Using steam to deal with TCA works, something we have known for 18 years when we launched our ROSA (Rate of Optimal Steam Application) system. So we are glad to see more cork companies adopting identical processes.”

He continued, “At Amorim and as the drinks business announced first-hand back in 2018, at the end of this year we will be launching a whole new array of anti-TCA systems that will push the technological bar even higher.”

He concluded, “Amorim last year sold billions of stoppers with a TCA guarantee, but these new R&D+I projects will bring that level of performance to Amorim’s 5.5 billion stoppers sold every year. So, all in all, these are great news for the world’s only truly sustainable wine stoppers.”