Saint-Emilion grand cru estate, Château Puy-Blanquet, has been sold to the Malet Roquefort family, owners of Château La Gaffelière, for an undisclosed sum. 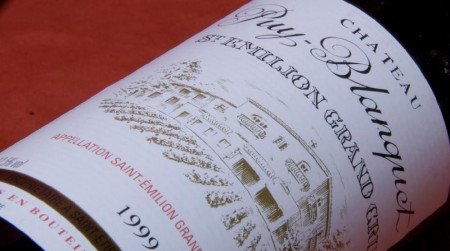 As reported by Decanter, the 24-hectare Château Puy-Blanquet, which resides in the village of St-Etienne de Lisse, boasts 19 hectares of vines planted on clay-limestone soils.

Puy-Blanquet, which has been owned by the Jacquet family since 1958 and is currently run by estate director Pierre Meunier, is planted with 75% Merlot, 15% Cabernet Franc and just 10% Cabernet Sauvignon.

With an average vine age of 25 years, Meunier has continued ploughing the soils to ensure optimal maturity of the fruit. Green harvesting, leaf cropping and harvesting are done by hand.

In a curious twist of fate, the sale sees the Malet Roquefort family reclaim the château, which was previously owned by the family for nearly 150 years.

Having since fallen under the radar, in the 19th century Puy-Blanquet was revered as one of the top Saint Émilion grand cru estates.

According to Decanter, vineyard prices in Saint-Emilion range from €240,000 per hectare up to €3m per hectare for the most sought after sites.