Normally, by mid-July, Champagne would have released its yield limits for the upcoming harvest, but this year the region’s key actors can’t agree on the number, and here’s why. 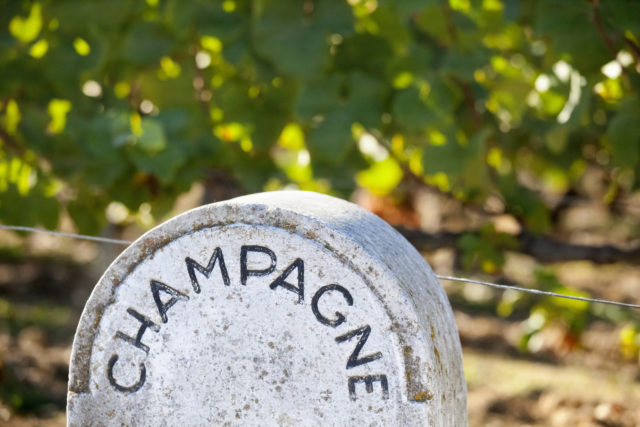 On 22 July, at a meeting at the offices of the regional body that controls the Champagne appellation – called the Comité Champagne – it was expected that the amount of grapes that could be harvested to make the famous fizz would be set.

However, no consensus was reached, and it’s getting close to picking, with another August start-date expected for Champagne, which if it occurs, will be the sixth this century.

All decisions taken by the Comité must be agreed upon by the two key actors in Champagne: the growers and the houses (as the brands are known in the region), and their needs are diverging.

The growers, who are now able to charge on average around €6 per kilogram of grapes, want yields to remain similar to previous recent levels of more than 10,000kg/ha to provide them with enough money to cover the high costs of managing vines in Champagne and an income (based on an average vineyard size in the region of 3 hectares).

The houses, who have to pay for the grapes, make the wine, and market it around the world, don’t want an abundant supply of bunches as it will lead to oversupply and a resulting price depreciation, with a knock on affect on the upmarket positioning of Champagne. As a result, they are pressing for a limit of 6,000-7,000kg/ha (which is around half of what the region is expected to naturally produce from this year’s harvest).

The background to the maison’s concern is, of course, the impact of the coronavirus, which has caused a marked downturn in Champagne demand, which comes on top of previous, albeit slow, decreases in volume sales of the fine fizz in recent years.

The fact it has come on top of already falling sales by volume is important to the situation, because it has meant that Champagne has been consistently making more fizz than it is selling – yields of 10,800kg/ha in 2018 produced around 315m bottles, and 2019’s 10,200kg/ha around 300m bottles, when last year’s global shipments were 297.5m, the year before totalled 301.9m. (Please click here for more detail on historic shipment trends).

As a result of this supply-demand imbalance, collectively the region is sitting on around four years of stock, representing approximately 1.2 billion bottles, which is around 400m more bottles than the producers would class as ideal.

So how bad has the coronavirus downturn been for Champagne?

Well, as db received last week from the Comité Champagne, the region was down 32% for the period January to May compared to the same period in 2019.

In other words, a drop off of a third, which, should it continue, would represent a year-end decline for the region of 100m bottles, representing in financial terms a loss of €1.7 billion on last year’s €5.1bn (a record for the region).

Should Champagne shipments for 2020 total as little as 200m bottles, it would put the figure some way behind the year-end number for 2009 of 293m, which was the last time Champagne faced a major downturn in consumption – following the banking crisis of 2008.