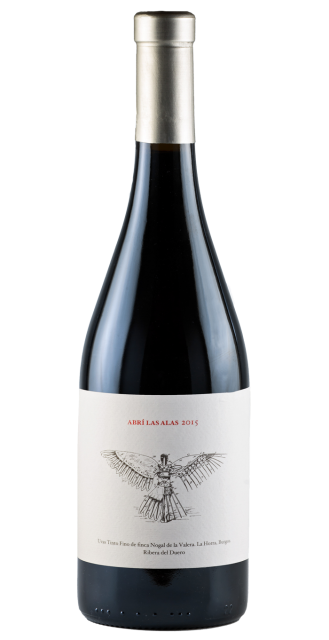 Based in Ribera Del Duero, Bodegas Valdemonjas neighbours the iconic Spanish winery Vega Sicilia, whose wines are praised the world over. Abri Las Alas is the estate’s flagship wine and is made from 60-year-old Tempranillo vines, which produce low yields of high-quality fruit. The grapes are grown in a south-facing vineyard that sits 805 metres above sea level. The wine then spends 18 months in French oak. Abri Las Alas, which has an ABV of 15%, translates as ‘I opened my wings’ in English. 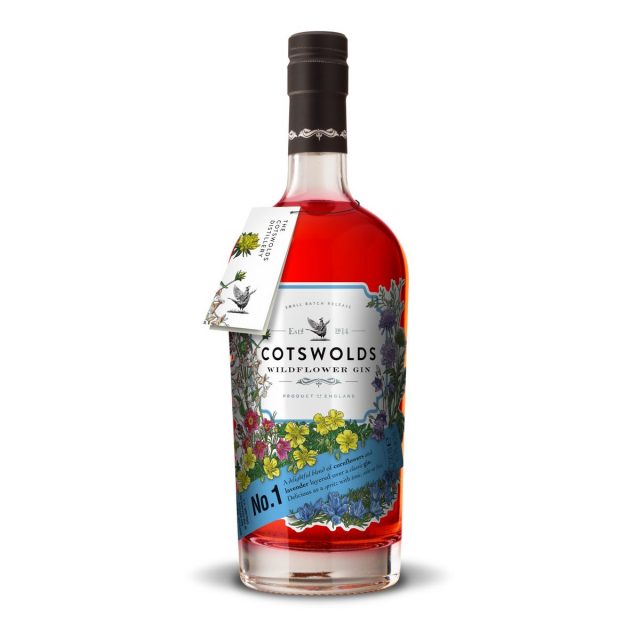 Cotswolds Distillery has launched a burnt orange coloured gin called Wildflower, which is flavoured with cornflowers, lavender, rhubarb and orange, and uses the distillery’s classic London Dry gin as its base. Inspired by the “impressive growth” of the spritz market, Wildflower is a full-strength 41.7%-ABV gin with ingredients chosen to reflection the setting of the distillery, which is in an Area of Outstanding Natural Beauty. Made in the distillery’s 500-litre Holstein still, called Lorelei, the gin is sweetened before bottling, and is described as “fragrant” and bursting with “delicate floral aromas of summer meadows”. 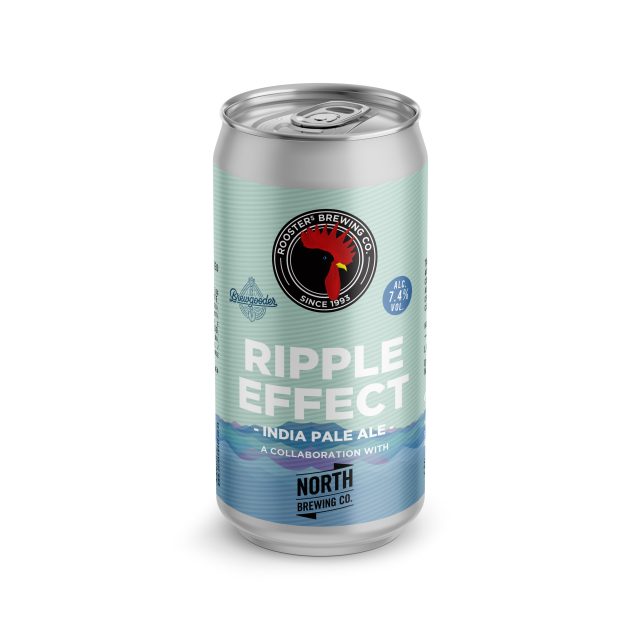 Two breweries in Yorkshire have collaborated to create a small-batch beer, as part of a global brewing initiative called Brewgooder’s Global Gathering, which is raising money to provide clean water for 100,000 people in developing countries. Called Ripple Effect, the beer has been produced by Harrogate-based Rooster’s Brewing Co and Leeds-based North Brewing Co. Made from a blend of cascade, chinook, citra, crystal and lotus hops, Ripple Effect has an ABV of 7.4% ABV, and is described as being a “bold and juicy IPA”. The beer will be available in both the on- and off-trade in keg and 440ml cans. It was brewed at Rooster’s new £850,000 state-of-the-art Hornbeam Park brewery.

Rhône wine producer Cellier des Dauphins has launched a Provençal- style rosé called Val Soléu. Targeted towards the millennial consumer, the pale pink Val Soléu is made from grapes grown in the Drôme Provençale area in the north of the Provence-Alpes-Côte d’Azur region. The wine is a blend of Cinsault and Grenache. The launch of Val Soléu forms part of a major new brand strategy at Cellier des Dauphins, which was unveiled in 2019 as a result of two years’ research under the direction of CEO Laurent Reinteau, who joined in 2017. Val Soléu 2019 will be distributed in Europe, the US and Canada. 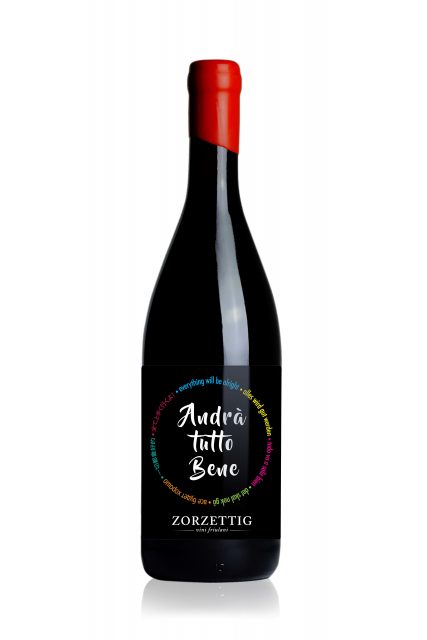 Friuli winery Zorzettig has launched a limited-edition charity version of its Refosco dal Peduncolo Rosso, made from the eponymous native red variety. The limited-edition packaging has been released with an inscription that reads ‘everything will be alright’ in eight languages. Funds from the sale of the wine will be given to the intensive care unit of Ospedale Universitario Santa Maria della Misericordia in Udine, which is caring for people in the area during the Covid-19 pandemic.

Kent-based winery Simpsons has unveiled the 2019 vintage of its Gravel Castle Chardonnay. Made from Burgundian Chardonnay clones 96 and 548, the grapes were gently pressed and the juice was cold settled for 24 hours, then racked and inoculated with aromatic yeasts. The wine then underwent partial malolactic fermentation to soften the acidity and increase mouthfeel, before being aged on fine yeast lees before bottling in spring 2020. The exemplary English wine is described as having aromas of citrus and nashi pear, and flavours of tropical fruit.

Denver-based distillery Laws Whiskey House has released its six-year bottled in bond San Luis Valley Rye Whiskey. The spirit will be available in premium retailers in California, Colorado, Illinois, New Jersey, New York and Texas. This rye was first released after four years, and Laws has now unveiled the spirit after a further two years’ ageing. It was made using Colorado Malting Company’s San Luis Valley rye grain, which was distilled by Laws and aged in its federally-bonded rack house. The whiskey has aromas of grass, mint and fennel, with flavours of orange tea, brown sugar and tobacco. 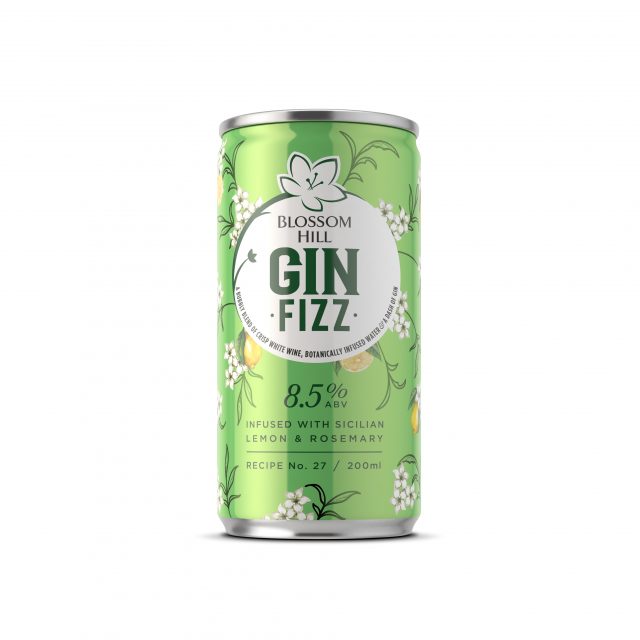 Blossom Hill’s Gin Fizz, which first launched into the UK last summer, has now been released in an RTD format. The product has achieved £2.5 million in value sales in its first nine months of trading. The hybrid drink is a blend of wine, botanical-infused water, and gin, and is available in two different flavours – Lemon & Rosemary, and Rhubarb. The 200ml cans have an ABV of 8.5% and are recommended to be served poured over ice and garnished with a variety of herbs. The cans are available to purchase in Tesco stores in the UK. 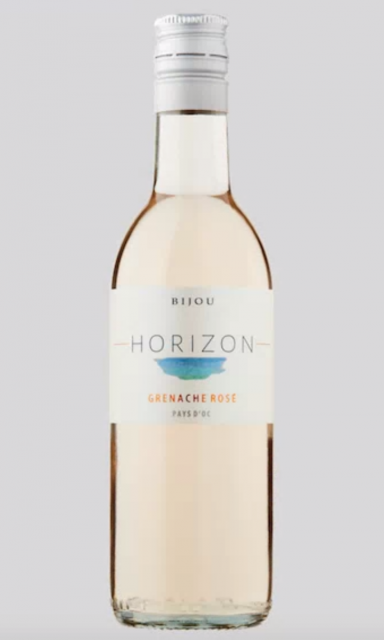 Bijou Horizon is an IGP Pays d’Oc rosé made from Grenache. Southern French wine producer Bijou has now launched the pink wine in 187ml mini bottles, alongside the other 750ml and 375ml formats. Ideal for barbecues in the garden, the new bottles can also be served in restaurants or used in hotel mini bars. The Horizon rosé is described as an “easy-drinking summer wine” with flavours of ripe red fruits including wild strawberry and redcurrant, accompanied by subtle notes of cherry blossom. It is a dry, pale pink rosé that has been made via direct pressing and a cool fermentation (12°C-14°C). 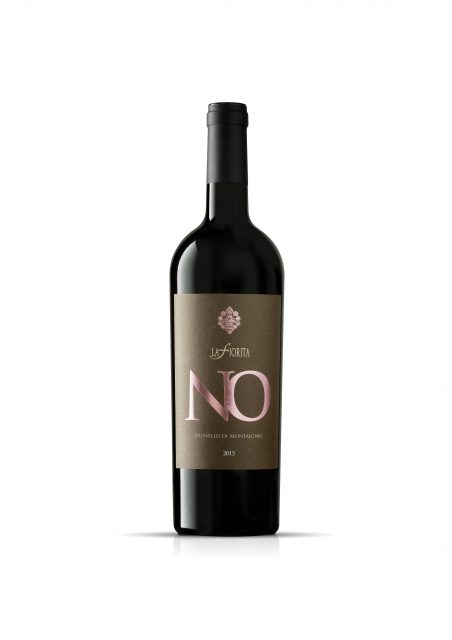 Nine-hectare Brunello di Montalcino estate La Fiorita has launched two wines in the UK. One of them, ‘NO’, a Brunello Di Montalcino, has been created to mark the thumbprint of owner Natalie Oliveros. It represents the initials of her name, and also the fact that no compromises have been made in the production of the wine. The new top-tier wine is made from the best hand-picked grapes from two of La Fiorita’s four vineyards: Pian Bossolino and Poggio al Sole. It was bottled in July 2018, having spent 24 months in 26hl French oak barrels.

McGuigan Wines has announced the addition of a Pinot Grigio to its single batch project range, following the launch of a rosé last October. The Australian producer said the grapes have been sourced from New South Wales, and the resulting wine has aromas and flavours of crisp apricot and pear. Single batch project wines feature the unique batch number and yeast strain used on the label, enabling traceability back to the source.

British sparkling water brand Dash has launched a peach edition, its first new flavour variant since blackcurrant in early 2019. Created using ‘wonky’ peaches that were either deemed surplus or not suitable for supermarkets, the sparkling water contains no sugar nor calories. There are now a lemon, raspberry, blackcurrant and now peach. As well as cans, Dash has recently released its waters in glass bottles, which can be enjoyed while dining out, as well as entertaining at home. Dash products are available in Sainsbury’s, and via Ocado, Amazon and dash-water.com. 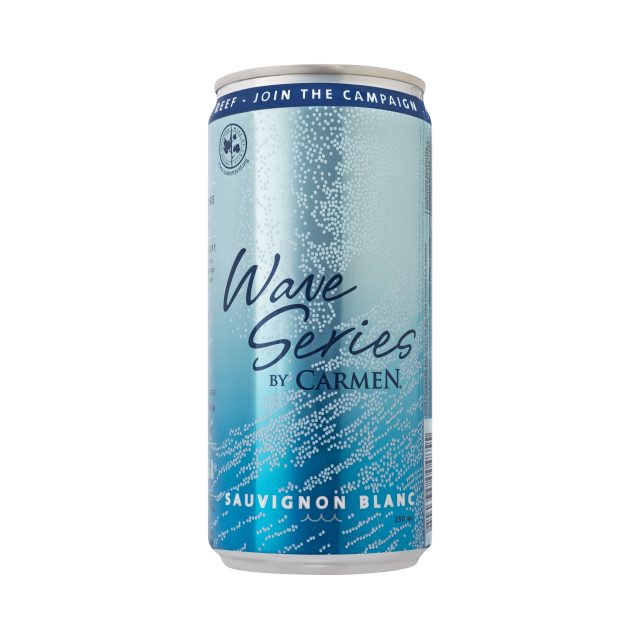 Chilean winery Viña Carmen has released its Wave Series Sauvignon Blanc in single serve (250ml) cans. The lower-ABV wine (10.5%) is made from Sauvignon Blanc grapes sourced from the Colchagua Costa and the Maule Valley, and is said to have notes of peaches, citrus, and pineapple. The grapes are hand-picked, destemmed, and crushed, and only the free-run juice is used. The wine is then fermented at around 16ºC. Ideal for summer sipping, the wine can be enjoyed as an apéritif or with fish, shellfish and salads.

Yoshino Spirits Co. has launched what it claims is the first whisky to be aged in Japanese cherry tree wood. The expression went on sale around the world in April. The whisky is matured in cedar wood before being transferred to casks made from sakura wood, more commonly known as Japanese cherry tree wood, for further ageing. The whisky, which launched first in the UK, joins Kamiki and Kamiki Intense, both of which are matured in cedar wood, in the Kamiki portfolio. Keen to innovate, Yoshino has also recently launched what it claims is the world’s first whisky made with desalinated water from the Pacific Ocean and rested in pine called Umiki.

Italian wine producer Elena Fucci has released a special edition of her Titolo wine, called Titolo by Amphora, which has been vinified and matured in an egg-shaped amphora. Fucci produced just 933 bottles of the wine. Made in the Aglianico del Vulture DOC in Basilicata and from the grape variety of the same name, the wine was fermented in terracotta amphorae for 12 to 13 days. It was then aged for 18 months in the 700-litre amphorae followed by six months in bottle before release.