The pressure is mounting on insurers to pay out valid claims from the UK hospitality sector for lost revenue during the lockdown, with a new union announced yesterday to sue insurance provider Hiscox for unmet claims amounting to more than £50m.

It was revealed yesterday morning that the Night Time Industries Association (NTIA) has formed an alliance with a group of more than 200 companies calling itself the Hiscox Action Group, which is fighting to compel Hiscox to honour its business interruption insurance claims.

It is hoped that by joining forces, the two groups, which have each employed top law firms, will put more pressure on insurer Hiscox, which is one of the companies that has wording in its clauses to suggest that businesses would be covered in the event of a lockdown due to a pandemic such as Covid-19 – and yet, has failed to pay out to any claimants, according to the newly-formed union.

Michael Kill, who is CEO of the NTIA commented, “This alliance will ratchet up the pressure on Hiscox. These policies have clearly been triggered and we are determined to do everything we can to get Hiscox to pay out quickly and in full.”

Meanwhile, Mark Killick, of the Hiscox Action Group Steering Committee, added, “Hiscox’s behaviour has been disgraceful and is threatening thousands of UK businesses. By working together with the NTIA, we hope to force Hiscox to do the right thing before it is too late for many of our members”.

The alliance will allow for the sharing of information, the pooling of resources and closer collaborations in the legal actions being brought against Hiscox, with the two groups representing over 500 Hiscox policy holders with total insurance cover of more than £50 million.

For many of the policy holders, access to these insurance funds is the difference between their businesses surviving and going under, according to Kill at the NTIA.

NTIA’s members include bar, club and restaurant owners whose premises have been closed by the lockdown and who have closure insurance with Hiscox. They are represented by insurance brokers, NDML, and Philip Kolvin QC of Cornerstone Barristers who said, “The Hiscox policies we are relying on clearly cover government closure due to the cornonavirus. I hope very much that these claims can be met soon, and in full, to avoid the need for litigation”.

The Hiscox Action Group is a wide grouping of policy holders who have instructed Mishcon de Reya as legal counsel and had their legal action underwritten by Harbour, a leading litigation funder.

Richard Leedham is the Mishcon de Raya partner leading the action and he said, “I welcome this alliance with NTIA. Hiscox has said that it did not intend to cover what has happened. This is irrelevant. We are looking at what is in the contract. Hiscox has provided a very broad form of wording and its natural meaning would cover someone whose business was interrupted by the lockdown.” 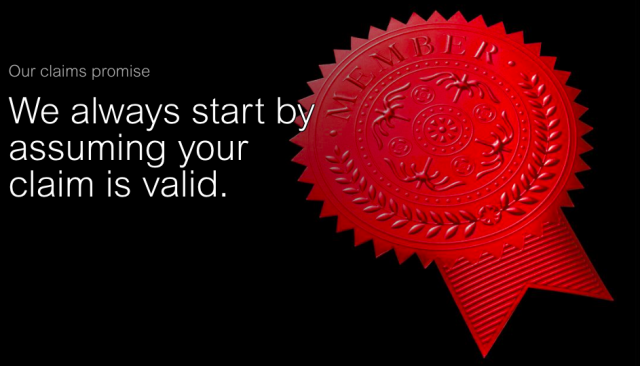 Below is the Hiscox policy wording that applies to most members of the Action Groups and that is being denied by the insurer:

We will insure for your financial loss resulting from an interruption to your activities caused by: 11) Public Authority Your inability to use the insured premises due to restrictions imposed by a public authority during the period of insurance following: b) an occurrence of any human infectious or human contagion disease, an outbreak of which must be notified to the local authority.

Prior to this union being announced, the NTIA’s Kill highlighted the frustrations of his members in dealing with Hiscox, citing evidence to suggest that the insurance company’s underwriters agreed cover and then negated when claims came in.

Kill commented, “We have found evidence that suggests even their own underwriters were discussing how the cover would positively respond only days before the lockdown happened, leading to clients renewing with them and not taking options of cheaper policies elsewhere.”

db contacted Hiscox on Friday regarding such grievances and received this statement from the insurer, which has built a strong reputation in the insurance business for a long history of honouring claims.

Hiscox commented in an email sent to db, “We understand these are incredibly difficult times for businesses and we are paying claims that are covered by the policies we issue fairly and quickly. We review every case individually, and if any customer has concerns about the application of their policy, we encourage them to get in touch with us directly.”

While the new alliance has been formed to put pressure on Hiscox to pay out for business interruption claims, according to another trade association for the UK hospitality sector, the British Beer & Pub Association (BBPA), there have been no pay-outs whatsoever for pubs and brewers regarding business interruption insurance issues.

Citing a survey of its members, the BBPA said last week that its members found that there has been very little success when they have tried to claim on their insurance policies.

Of the member companies surveyed that have claimed through either their business interruption cover or through their pandemic cover, there have been “no pay outs thus far”, the group said.

56% of those applications made through business interruption cover have been rejected, while 44% await an outcome.

For pandemic cover, 67% of applications have been rejected, with 33% awaiting an outcome.

As a result, the BBPA has welcomed an announcement last week by Britain’s financial watchdog, The Financial Conduct Authority (FCA), to say that it intends to obtain a court declaration to resolve contractual uncertainty in business interruption (BI) insurance cover.

According to an article in The Guardian on Friday 1 May, the FCA believes that most claimants “don’t have the right coverage to warrant a payout.”

However, in the same piece, quoting Christopher Woolard, who is the interim chief executive of the FCA, the newspaper also said that “there remain a number of policies where it is clear that the firm has an obligation to pay out on a policy. For these policies, it is important that claims are assessed and settled quickly.”

On 17 April, db reported on the denial of a “valid” claim from UK wine shop and bar chain Vagabond, despite the fact its owner, Stephen Finch, had taken out pandemic business interruption insurance.

Finch commented, “Vagabond is one of the very few businesses to actually have had pandemic business interruption insurance, and one of the most rigorous policies in that regard.”

Continuing he noted, “Our policy essentially stated that in the event we experience business interruption stemming from an occurrence of a notifiable disease (as determined by Public Health England, which added Covid-19 a month ago) within a 25-mile radius of a premises of ours, we would be eligible for our BI [business interruption] indemnity sum. As you can imagine, this is a significant sum (£1.3m).”

He added, “The policy wording is clear cut. The facts are indisputable. And yet yesterday I heard from our brokers that the insurer, Eaton Gate, has decided to deny all claims.”

In response to Finch’s situation, head of claims at Eaton Gate, Iain Taylor, told db, “In common with the rest of the insurance market, we have noted that insurers do not believe their policies respond to Covid-19 related losses.”