Frost, drought, intense summer heatwaves and a global pandemic pushed vineyard workers in South America ‘to their limit’ during the 2020 harvest, and while VSPT Wine Group’s yields were down 20-25% this season, the quality of the grapes, it said, is “outstanding”. 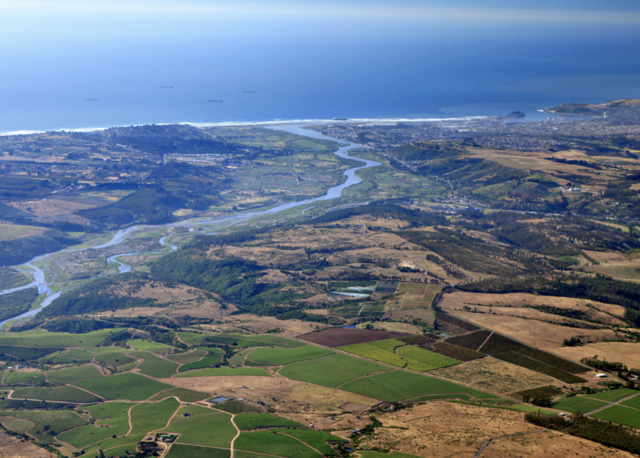 Overall, VSPT Wine Group’s yields were 20-25% lower than in 2019, due to low yields observed across almost all regions of Chile, and particularly in the case of red grape varieties.

However, the quality of the grapes, the group said, was “outstanding.”

Rising temperatures and falling rainfall is nothing new for the wine group. All over the world, climate change has altered growth cycles in vineyards, leading to more heatwaves, less rain, and for Chile, late spring frosts.

There were late frosts in spring, high temperature waves in summer and a lack of water for irrigation in certain regions around the country. These factors shifted harvest dates forward on average by 20 days.

Then just as most harvests were well under way, Covid-19 came to Chile in early March. Weeks later, many districts around built up cities such as Santiago were placed under quarantine.

Fortunately, wineries were categorised as food manufacturers by the Chilean government, and vineyard employees were given special dispensation to continue working during lockdown. As well as this, the vast majority of estates are located in rural areas, but VSPT’s technicians could not risk being complacent, “we had to deploy full capacity in the face of an imminent threat of national quarantine,” the group said in its 2020 harvest report.

“Small berries, combined with harvests taking place at their optimal and narrow time period, has enabled us to qualify production as outstanding, especially in varieties such as Carmenere, Malbec, Syrah and Pinot Noir.”

Its vineyards in Casablanca was severely affected by drought, which led vineyard staff to irrigate at the end of winter and restrict irrigation in summer. Spring frosts mainly affected the Chardonnay, reducing its yield by close to 50%.

The Maipo Valley was also one of the more severely affected by drought and summer heat.

However, VSPT had a decent water supply which allowed staff to irrigate its three vineyards in the area. Although the yields were affected by the heat, VSPT Group said in a statement that the grape quality was “optimal”. The Cabernet Sauvignon, the group said, stands out with “smooth, vibrant tannins, as does the Carmenere with its velvety textures.”

In the Leyda Valley, phenological states were 15 days early, right up until the beginning of harvest, but then they slowed due to fog and morning dew. This meant acid levels remained high, resulting in “excellent quality and vibrant, juicy wines,” the group said.

“From the outset, vineyard work was carried out understanding there was a lower water supply, which made the season manageable. Phenological states were achieved early, but there was a turning point during veraison, because heterogeneity was achieved, allowing us to work on harvest selection.”

The Colchagua Valley was the region most affected by late spring frosts in October, and the summer drought. The former, it said, combined with a warm summer, and caused a “significant reduction in vineyard yield as well as accelerated ripening.”

Its estates in Elqui Valley were, unlike others, largely unaffected by drought. Early veraison development was offset by cloudiness which meant that in the end, the grapes were harvested at the same time as in previous years. “This bodes for very good quality in our Syrah and Pinot Noir from this origin.”

Over the years, the wine group has picked up a total of eight awards at The Drinks Business Green Awards. The awards, which have been held every year since 2010, remain the only set of industry gongs dedicated exclusively to green-thinking drinks companies.

Last year, VSPT picked up the Amorim Sustainability Award for Wine, impressing judges with its undiminished commitment to sustainability.