Having been named Green Company of the year in 2016 by the drinks business, VSPT has committed to producing all of its wines using 100% renewable energy within the next three years. 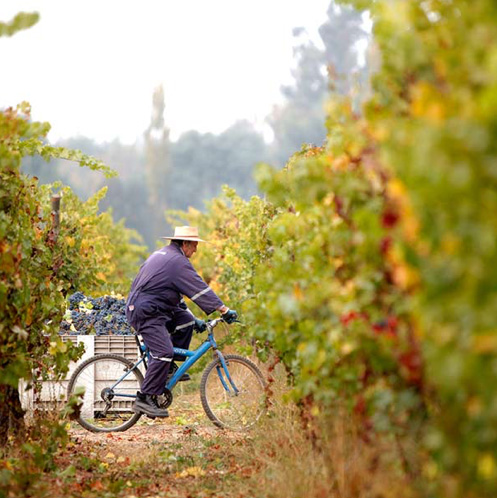 Two year’s ago, VSPT introduced two renewable energy projects, the first being the installation of the first biogas plant to use organic waste material from the grape harvest as fuel. In addition, the company installed a hydroelectric plant at its Tarapacá estate winery.

With the challenge now being set of converting all production to renewable energy by 2021, the wine group has already made progress with a recent agreement signed with Ciudad Luz to install solar panels in all of its agricultural facilities – a total of 12 estates.

This newly harnessed solar power, which is expected to be around 2.6MW each month, will be used to power irrigation systems as well as a smaller winemaking project in the Cachapoal Andes. The solar panels will therefore generate the equivalent to the average monthly consumption of 1,844 households.

In a statement, VSPT added that it was at the “second bidding stage” for another photovoltaic project at its San Pedro estate with the aim of providing 1.3MW to power the entire winemaking operation.

Last year, it was announced that VSPT had been listed on Chile’s Dow Jones Sustainability Index (DJSI) – which measures the annual performance of over 2,000 companies listed on the most important stock exchanges around the world – for the first time.

The list is controlled by the Santiago Stock Exchange, S&P Dow Jones Indexes (S&P DJI), and RobecoSAM – an investment specialist focused exclusively on investment in sustainability – and only extends invitations to the “best in class” in terms of economic, environmental and social development.

Brands within its portfolio include San Pedro, Tarapacá, Leyda, Viñamar, Casa Rivas, Misiones and Santa Helenes in Chile, and La Celia and Tamari in Argentina.