Oleg Dmitriev, co-founder of London-based Independent Wine, explains why he altered his business model this year to focus on selling wines made closer to home. 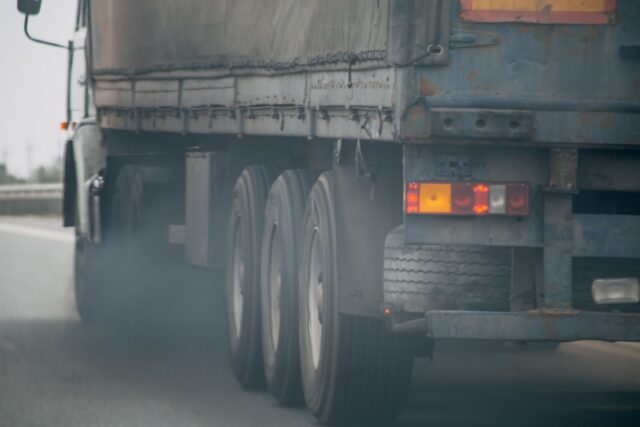 With scientists predicting that 2020 will be the hottest year since records began, it’s clear that global warming will have a deep impact worldwide. Research published by Opinium in 2019 showed that almost two thirds of the British population believe that we’re living through a climate emergency, and 64% think it’s the government’s responsibility to take action against climate change.

One of the easiest ways to help the planet is limiting the amount of CO2 we produce – also known as reducing our carbon footprint. But how does the way we consume wine play into this? Independent Wine came up with research showing that wine imports from New World countries such as New Zealand and Australia have a carbon footprint three to four times greater than wine bought from countries in Europe, such as France and Italy. We decided to look into this – here’s what we found.

In terms of reducing our environmental impact, Britain already recycles over 70% of its packaging waste – putting it ahead of current EU recycling targets. But while packaging from wine can be recycled, the fuel used to transport it to your table can’t. Transport is a major source of CO2 – boats, planes and lorries are responsible for 20% of all greenhouse gas emissions in Europe.

Britain imports most of its wine from overseas, but every import route is different. We applied a methodology from the European Chemical Transport Association to calculate carbon footprints of the main import routes for wine.

The UK’s all time favourites from New Zealand – Marlborough Sauvignon Blanc and Hawke’s Bay Syrah – make the remarkable journey of 17 thousand miles, across three oceans, on board a container ship. In addition to that, they travel a few hundred miles by road – both from the winery to the ship in New Zealand, and from the docks in Britain to retailers across the country. As a result, this is quite a fuel-intensive route which produces 2.1kg of CO2 for each 6-bottle case of wine. New Zealand isn’t the only culprit. The wine route from Australia has a carbon footprint of 2kg per case, and for Argentina each case is responsible for 1.5kg of CO2.

Importing wines from closer to home generates much less CO2. Shipping a 6-bottle case of wine from a warehouse in Milan to a shop in the Midlands would generate 0.6kg of CO2, and from Bordeaux only 0.52 kg. Although Old World wine is typically imported by road freight, which is known to be seven times more CO2-intensive than ships, the routes are far shorter.

The impact of wine imports

Over the course of a year, the UK imports 220 million litres of wine from Australia alone – producing 96 thousand tonnes of CO2 emissions. This is roughly equivalent to heating 35 thousand UK homes for a year. Importing wines from New Zealand adds an extra 19 thousand tonnes of CO2 to that total. It becomes even more astonishing when considering the import impact of wines from South Africa, South America and the USA.

Although the UK imports three times as much wine from France and Italy than it does from New Zealand, shipping wine from the New World still generates far more CO2 than buying from countries closer to home.

Having done the study, we decided that it’s our responsibility as a wine merchant to be more sustainable. In 2020 we changed our strategy and decided to concentrate on high-quality wines from Italy. We now sell wine with far fewer air miles, and in this way we are able to reduce the carbon footprint of our business.

Happily, more and more British families are doing their bit to protect our planet by reducing their food miles, switching to produce sourced from local farmers instead of more exotic options that have travelled halfway around the world. The next step towards taking responsibility for the environment is sourcing wine from our neighbouring countries. Why not try the new “Gran Selezione” class from Chianti Classico DOCG or a noble white like Gewürztraminer from Alpine vineyards in Italy’s Alto Adige DOC?

As well as classic favourites like Grand Cru Bordeaux, Barolo DOCG and Reserva Rioja, there are lots of small and innovative producers creating exciting new twists on classic styles. There are quite a few wines styles which are still fairly undiscovered in Britain, such as the aromatic white grape Arneis, and rich Nebbiolo from Roero – a hidden gem just a stone’s throw away from the legendary Barolo.

Are there any alternatives for wine importers who want to continue importing from the New World? Perhaps so. There are several ways to offset the carbon footprint of transport – for example planting more trees, and investing in renewable energy or sustainable farming. It is interesting to see that more wine merchants are becoming conscious of their carbon footprint, and we hope that this will resonate well with British consumers.