UK wine merchant Roberson has reported that last week’s sales value was over double the previous weekly record set at Christmas. The retailer tells db how it has coped with demand. 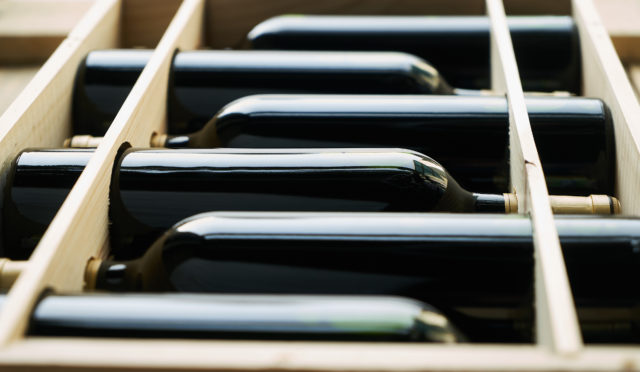 He said that sales last week were double the value of the previous record which was set at Christmas, usually the busiest time in a retailer’s calendar. Sales volume was up 500% on the same week last year and 1,000% on a month ago.

He added: “Our website was designed to be scalable and so has handled the extra traffic without any hiccups. Our warehouse had issues at first dealing with so many extra orders, but we have been able to redeploy warehouse staff from their usual roles working with on-trade to handle the extra online retail volume. This has meant that we’ve been able to keep delivery timescales within 3-5 working days even during the busiest periods.”

Speaking to the drinks business about how the retailer was able to continue operating and delivering wine during this time, Talya Roberson, marketing director of the company, said there were four main factors.

The first was that Roberson has a “very good personal relationship” with the warehouse it uses. This, she said, meant the company had been able to be “completely flexible and respond to volume as it has come through”. Roberson describes the difference this has made to operations as “massive”.

Secondly, Roberson has diverted some of its staff that normally work on supplying the on-trade to prop up demand for online wine sales.

Roberson said: “We’ve got a very young, flexible, multi-skilled team so we were able to divert some of those people that may have focused on trade deliveries to focusing completely on online deliveries, processing orders etc. Being a brilliant small team we were able to work at the weekends to get the orders picked for Monday. We were able to be incredibly responsive to where the business demands were and are.”

Roberson also said that the company’s network of couriers has helped them keep delivery times to a minimum.

“We also have a big network of couriers that we use and have always used, so we’ve been able to scale up quite easily and quickly,” she said.

“If for example you had your own van and were delivering, then it would be very hard to suddenly get another five deliveries out. But by using a mixture of three different third party couriers that we’ve been using for a long time, we’ve been able to ramp up our demand, and we’ve noticed that by having three, this has given us total flexibility, because when one couldn’t do it (an order), then another could step in.”

Roberson is thankful for the relationships that have been forged before the coronavirus crisis hit, stating that trying to connect at a time of high demand would be difficult.

“You wouldn’t know how to work with each other and the sort of expectations that you both might have,” she said.

When demand started to spike, the merchant spent a week clearing the backlog of orders and extended the usual next day delivery service to three to five working days. Afterwards, they were able to process orders faster and more efficiently.

Roberson said being able to deliver in a short time frame in a time when other suppliers have not, has led to the company gaining “a lot of new customers”.

She added that the category that has performed particularly well is “everyday drinking” type wines, below the merchant’s usual average bottle selling value of £21.

Like English wineries, Roberson said having a multi-channel business has eased cashflow concerns, meaning that bills can still be paid. That said, Roberson previously sold between 35% and 40% of its wine to restaurants and the on-trade, leaving a “massive dent”.

Roberson said that while having a wider base (supplying on-trade, off-trade and having an online retail business) was a good idea, “it is harder to manage” in more normal times.

“I can see why plenty of people don’t do this,” she said. “You can say you’ve got lots of eggs in different baskets or on the flip side, that you’re spreading yourself rather thin.”