Irish government asks all pubs to close due to coronavirus

As part of its response to the Covid-19 outbreak, the Irish government has advised that all pubs should close until 29 March 2020. 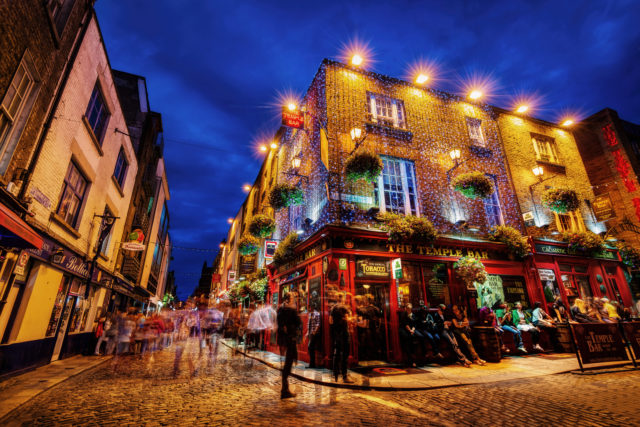 The Irish government has advised that all of the country’s bars and pubs should not open this week due to the coronavirus pandemic.

In an update posted on the government website yesterday, authorities confirmed that there had been 40 new cases of the virus, taking the total number in Ireland to 169.

It follows news that the government has also cancelled the traditional St Patrick’s Day (17 March) celebrations, which include mass gatherings and marches in Dublin, Cork and Galway.

Last week, the country also closed all of its schools, colleges and childcare facilities until 29 March. Indoor mass gatherings of 100 people or more, and outdoor gatherings of over 500 people, have also been prohibited. All state-run cultural institutions have also been closed.

Irish Distillers, the Irish whiskey division of Pernod Ricard, posted a statement on Twitter on 12 March, which explained it had taken the decision to close its Jameson Bow Street and Midleton sites from 13 March.

“As always, the health of our employees, along with our customers and the communities we operate within is our top priority,” the company stated.

Dublin-based Teeling Whiskey Distillery also revealed on social media that it would close its site until 29 March.

Two people in Ireland have so far died from the condition.

Dr. Tony Holohan, chief medical officer for the Irish Department of Health, said: “In regard to upcoming St. Patrick’s Day celebrations, the government is calling on all members of the public not to organise or participate in any parties in private house or other venues which would put other peoples lives at risk.

Meanwhile, 11 new cases of the coronavirus have been confirmed in Northern Ireland, taking the total number of recorded cases to 45.