Champagne Ruinart has announced new eco-packaging across its range that is plastic-free, 100% recyclable and nine-times lighter than before. 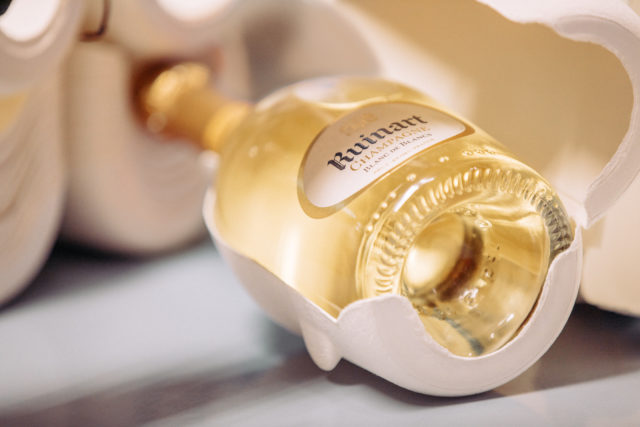 In development for two years and due to be unveiled this June before being rolled out towards the end of the year, the new packaging is made from wood fibres and acts as a ‘second skin’ around the bottle – with the texture of the white paper also mimicking the house’s crayères, chalk cellars, in Reims.

Ultra light and totally recyclable, Ruinart said in a statement that it would allow for a 60% reduction in the packaging’s carbon footprint and the materials were sourced entirely from sustainably managed European forests.

Frédéric Dufour, president of Maison Ruinart, said: “With this second skin case Maison Ruinart confirms its pioneering role in Champagne, and its ambition in terms of social and environmental responsibility.

“This disruptive project embodies the Maison’s firm commitment to more sustainable development for its packaging across all stages of the development and marketing of our products, from the tending of the vine to the consumer experience.”

It’s not the first time a Champagne from the Moët Hennessy stable has tried out eco-friendly packaging.

In 2015 Veuve Clicquot launched a biodegradable box, partially made with grape waste, which was inspired by an earlier limited edition gift packaging concept back in 2013 – very similar to the new Ruinart packaging – made from potato starch and recycled paper.

Last week Moët Hennessy also announced all its vineyards would be ‘herbicide-free’ by the end of the year.