Michelin-starred restaurant The Square in London, which is owned by restaurateur and businessman Marlon Abela, was closed mid-service last week after administrators seized the site. 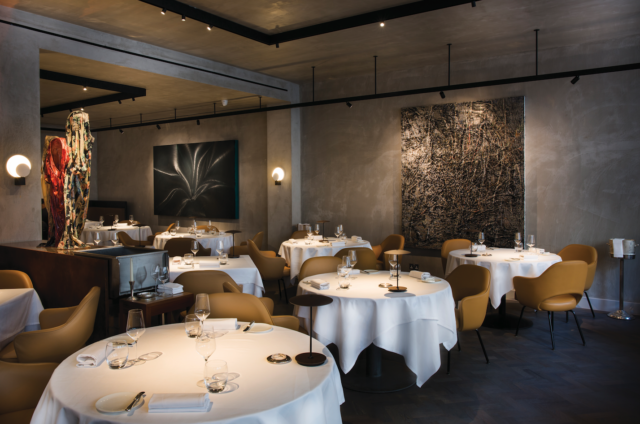 As reported by The Staff Canteen, customers and staff were asked to leave The Square in the middle of lunch service on 31 January as administrators were reported to have seized owner Marlon Abela’s assets.

It is believed that staff were aware of the restaurant’s difficulties after Abela faced bankruptcy charges back in October last year. However, they were not given any warning that the restaurant was to be closed nor have they been paid for the month of January 2020.

A statement given to The Caterer by administrators RSM reads: “At this stage in the process, it is too early to comment on our strategy for the administration.

“We are working closely with management and staff in seeking a positive way forward. We understand that the current situation is uncertain for many staff members across this group of businesses and we will be looking to provide clarity as soon as we can.”

Abela’s restaurant group MARC also owns private members’ club Morton’s, which is also reported to have been closed. His other London restaurants – The Greenhouse and Umu – are believed to still be open.

In 2014, Abela bought a controlling stake in UK independent wine merchant OW Loeb. In 2017, all of the company directors left the business and the company did not hold an annual portfolio tasting. However, it was later announced that OW Loeb was not closing, but would be relocating to Mayfair. There have been no information released as to whether The Square’s closure will affect the fine wine company.

First opened in 1991 by chef patron Phil Howard, The Square moved to its current Mayfair location in 1997. The following year it won two Michelin stars, retaining them for 19 years until Howard sold the business to Abela in 2016.

The kitchen is now headed up by Clément Leroy, who took up the role in November 2017 after the restaurant re-opened after a refurbishment.

According to reports published by Big Hospitality, it is rumoured Leroy, together with his wife Aya Tamura, who is the restaurant’s head pastry chef, and many of the kitchen staff, had stopped working at the restaurant three weeks ago, with the head chef of Morton’s taking over.

the drinks business has contacted MARC group for comment.