Prosecco has been used to flavour everything from popcorn to perfume, and now discount retailer Aldi has launched a Prosecco-infused Easter egg. 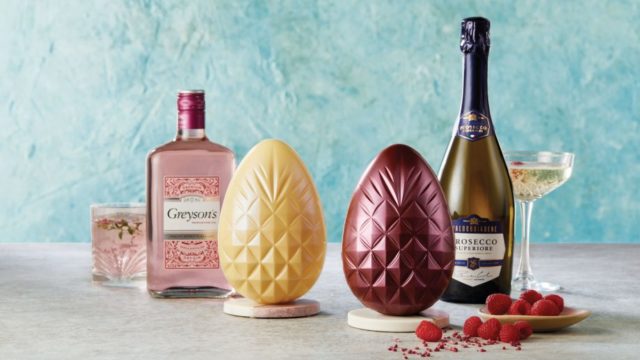 Priced at £4.99, Aldi’s Moser Roth artisan Prosecco and raspberry milk chocolate egg is new for this year and went on sale at UK stores this week.

Gin lovers can also indulge in Aldi’s Moser Roth artisan gin white chocolate egg, which is infused with both gin and juniper for the ultimate gin kick.

Each egg has been adorned with edible lustre; a powder used to decorate cakes.

Keen to piggyback off the popularity of Prosecco, over the last few years we’ve seen everything from Prosecco tea bags and lip balm to Prosecco scented candles hit the market.

Last year Italian police seized hundreds of tubes of Prosecco and pink peppercorn-flavoured Pringles from an Italian supermarket chain in the Veneto in a bid to protect the Prosecco name from being inappropriately used to sell products.

According to Kelloggs, Pringles used Prosecco DOC as an ingredient in the aroma of the crisps and the use of the name on the packaging was in line with DOC guidelines and European regulations.

An in-depth look at the latest developments in the Prosecco category will appear in the March issue of the drinks business.