Provence wine label Mirabeau has made its first venture into the spirits category with the launch of a pink gin. 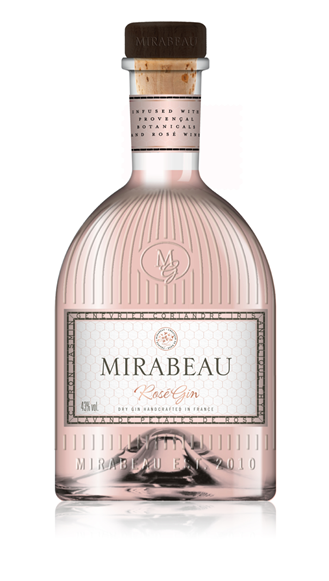 Unlike many pink expressions on the market, Mirabeau’s gin, according to the producer, features juniper as the dominant flavour, as well as a string of botanicals including Citron de Menton, rose petals, angelica root and coriander seed.

Mirabeau has used grape-spirit as its base, with its flagship Provence Rosé wine as a key ingredient, making up 13% of the distillate.

The gin will launch exclusively in Waitrose & Partners in January 2020, with an RRP of £35.

Last month, Mirabeau, which celebrates its 10th birthday this year, hired former Tesco wine buyer Rob Dixon as head of retail in the UK and Ireland. Dixon will work with sales director Peter Edwards. Edwards joined Mirabeau in 2018 from his role at Moët Hennessy UK Ltd, where he managed its national on-trade client base as well as working in other sales roles over 17 years with the LVMH Group.

Across Britain, pink gin accounts for 27.5% of all gin sales, but the proportion rises to 40.2% in Lancashire and 38.0% in the north east. In London, meanwhile, their share is barely half the national average at 16.1%, according to CGA data.

The number of British consumers drinking pink gin has more than doubled in the last year—from 2.2 million to 5.1 million.