One in 10 pints sold in London is Guinness

“My favourite stat” about the half year to the end of December is that “1 in 10 pints sold in London is Guinness”, a beaming Ivan Menezes told a press conference on Diageo’s interim results yesterday. 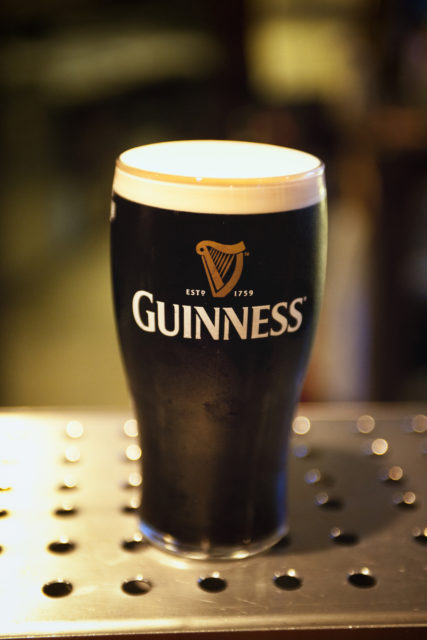 Menezes said: “That’s the first time ever – its highest market share – and Guinness’s market share is growing in every region of the UK. So the brand is in really good shape and it’s a good fillip for this weekend as we kick off the Six Nations” – the international rugby championship sponsored by Guinness.

Globally Guinness sales grew by 1.5% in the half year to the end of December, and Menezes said he was delighted that careful promotion of the brand was underlining its true value.

It had long been famed for its advertising but sometimes the creative brilliance was not fully reflected in sales and profitability.

In December last year, Diageo opened the Irish stout’s first brand experience in Shanghai, which allows visitors to pour their own pints and pair them with oysters. The new experience includes five themed different areas, as well as a restaurant where Guinness is paired with different food items.

In June 2018, Guinness opened its first brewery in the US for over 60 years, following an US$80 million investment. The brewery, based outside of Baltimore, opened on 3 August, and includes a visitor centre with a 270-seat restaurant and a tap room in a former distillery, according to the company.