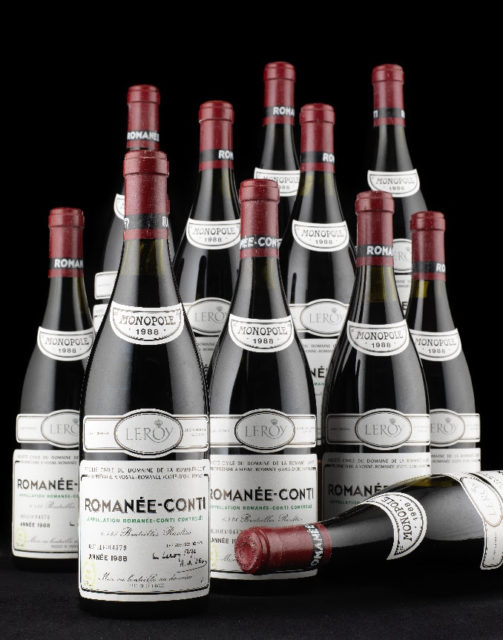 When it came to whisky, a bottle of Macallan-60 year old-1926, with a label designed by the British Pop Artist Sir Peter Blake, sold for £615,063 at Bonhams’ whisky sale in Edinburgh in March. In November, a rare 30 year old sherry hogshead of whisky from the Macallan Distillery broke a world record when it sold for £440,380 at Bonhams Hong Kong.

The auctioneer holds five Fine & Rare Wine sales a year in London, and two in Hong Kong, while four whisky sales are held annually in Hong Kong and Edinburgh.

Although it holds sales around the world, Bonhams tends to be viewed as the junior of the main trio of leading British auction houses, with Christie’s and Sotheby’s attracting the bulk of the high profile sales in art and wine. The company was bought by private equity group Epiris in September 2018.

Bonhams International head of wine and Master of Wine, Richard Harvey, said: “This has been another good year for Bonhams Wine and Whisky departments with eye catching results underpinned by a strong performance across the field. Looking ahead, we already have some exciting sales lined up for 2020.”