The Australian government is funding research to build a case against the use of GIs in trade agreements, and defend Aussie winemakers’ right to sell ‘Prosecco’. 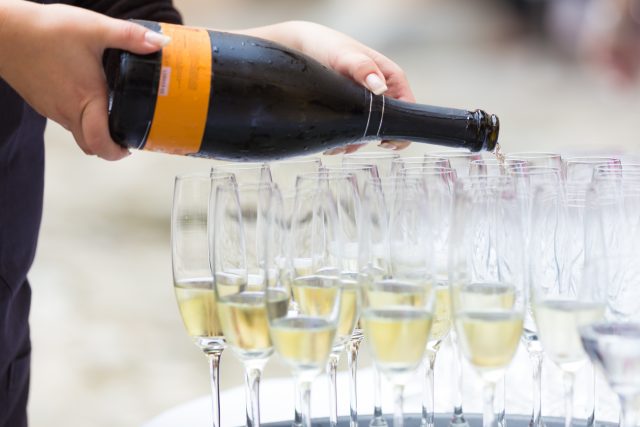 The Australian government has handed AU$100,000 to researchers at Monash University to “explore the legal basis” for protecting wines with Geographic Indications (GIs) in trade agreements.

Australia’s Prosecco exports are worth $60 million annually and are predicted to rise to $500 million over the next decade, according to Monash University.

The legal specialists have been tasked with investigating “the criteria, evidence and procedure that should be required to establish a geographical indication of wine, as used in trade agreements and legal disputes.”

The Prosecco Consortium in Italy has dismissed the move as a study that will simply “support the interests of the Australians wine producers.”

A spokesperson told the drinks business: “it is not the first time that Australia opposes to the recognition of Prosecco PDO and, as in the past, even now we consider having enough well-founded arguments in defence of our Designation and of the consumers’ good faith, which link Prosecco to Italy.”

In 2009, Prosecco was recognised as a geographical indication (GI) by Italian law through the creation of a Denominazione di Origine Controllata (DOC) across the Veneto and Friuli regions. Prosecco is the name of a town just outside Trieste.

At the same time the grape it is made from had its name changed in Italy from Prosecco to Glera.

Anyone who grows the grape formerly known as Prosecco outside the DOC cannot use the word Prosecco on the label – that is, if they want to sell the product in the EU.

The European Union has a strong attachment to its GI system, uand has used it to safeguard more than 3,300 food products, wines and spirits produced throughout Europe.

GIs have proven incredibly lucrative for Italy’s export market. The Prosecco Consortium reported last year that, since 2010, production of the Italian fizz have risen by 242%. President of the Consortium for the Protection of Prosecco DOC, Stefano Zanette, said that “75% of our bottles are exported for a value of €1.8 billion.”

The European Commission has successfully secured GIs in other countries as part of its trade agreements, but its status in Australia has always been a thorny issue.

But researchers at Monash believe that enforcing a Geographic Indication (GI) for Prosecco would go against World Trade Organisation rules.

“If Prosecco is the name of a grape variety and not a geographical indication, the prohibition of its use in trademarks on Australian Prosecco would be likely to contravene Article 20 of the TRIPS Agreement, and Article 2.1 of the Technical Barriers to Trade Agreement,” Professor Davison said.

“We’re grateful to the Federal Government for their financial support to help us develop a legal framework and associating guidelines for protecting geographical indications for wines, and to help Australia and its wine manufacturing industry deal with geographical claims.”

Glera was introduced to Australia in 1997, before Italian lawmakers started adding legal protections to their own sparkling wine, and it has become increasingly popular in recent years. While most white grape varieties saw a decline in production volumes, Prosecco bucked the trend, increasing by 42% to 9936 tonnes, moving it into the top 10 white varieties for the first time, according to figures published by Wine Australia in August.

Minister for education Dan Tehan said the research funding will “ensure local wine makers aren’t disadvantaged by foreign producers making spurious claims for the exclusive use of wine names, such as Prosecco.”

Speaking at a recent conference in Australia, Luca Giavi, managing director of the Prosecco DOC, said the sparkler’s Italian heritage can be traced back centuries.

The first historical documents referring to Prosecco wine date back to the end of the XVII century, he said, describing “a white and delicate wine, which originates from the Karst in Trieste and, in particular, in the territory of Prosecco, highlighted by the possibility to adopt the mention ‘Trieste’”.

The recognition of the Designation Prosecco was not to “monopolise” the use of the name, Giavi said, “but to protect a wine, historically produced in Italy, and a cultural and environmental heritage, through the regulatory instruments, able to guarantee this purpose.”