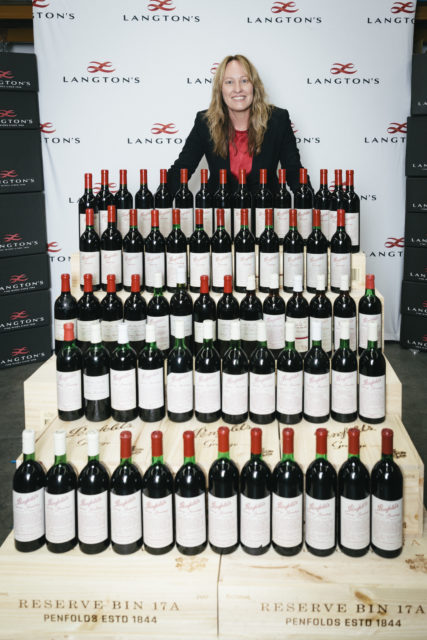 The auction, called Rewards of Patience Auction, kicks off today and ends on Sunday 15 December.

Commenting on the sale, Tamara Grischy, head of auctions at Langton’s, said: “In 1995, I remember selling a set for $30,000. As the Penfolds brand has continued to evolve and become one of the biggest wine brands in the world, the demand keeps increasing.

“It’s very rare to see one bottle, let alone two, of the first Grange, which was a wine that Penfolds first chief winemaker Max Schubert made 68 years ago as an experiment. Both bottles are in amazing condition, and have outstanding provenance.

“This is a historic vintage, and represents the beginning of modern Australian wine. It is believed there are less than 20 bottles in circulation.”

To mark its 175th anniversary, Penfolds launched its first ever Clare and Barossa Valley blend in a rare ‘Special Bin’ release in October this year.

In August, the Treasury Wine Estates-owned producer launched its 2019 collection, covering the vintages 2015-2018, starting with the 2018 Bin 51 Eden Valley Riesling and bookended by the 2015 Grange.

Back in May, it also teamed up with Champagne House Thiénot to release three Champagnes to mark its milestone year.