Penfolds collaborates with Champagne Thiénot to release its first Champagne 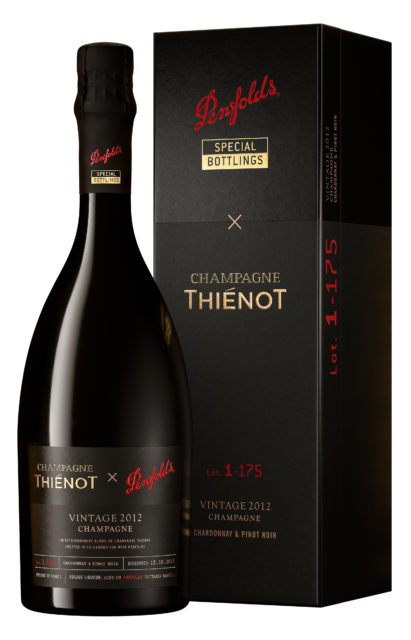 Penfolds first announced it was developing a Champagne last summer but today confirmed it will release three wines from the “spectacular” 2012 vintage – a Chardonnay Pinot Noir Cuvée, and two single vineyard wines, a Blanc de Blancs from Avize Grand Cru, and a Blanc de Noirs from Aÿ Grand Cru.

Thiénot managing director Stanislas Thiénot said it had been a truly collaborative experience and that the modern, fresh wines reflected the wine styles and philosophies of both wine companies.

“We are very happy with the results, the Champagnes are modern reflections showcasing fruit, freshness, and finesse,” he said. “This is the result of an unexpected encounter between two major wine regions, one belonging to the Old World and the other to the New World, but with one single common goal: to produce great Champagnes.

He added that working with Penfold’s chief winemaker Peter Gago was extremely interesting and rewarding, due to his “immense experience and … innovative vision”.

Gago worked with Thiénot chef de cave Nicolas Uriel to agree a style and quality ambitions for the three Champagnes, ensuring Penfolds house style and blending philosophies aligned with those of Champagne Thiénot and their winemaking approach.

The grapes were sourced from highly regarded vineyards in Champagne from the spectacular 2012 vintage, and liqueur d’expédition was housed in Yattarna barriques from Australia to add “greater symbolism and connection”, the company said.

Gago said it was “step one of an inviting and compelling journey“ that would have been unimaginable a decade ago.

“To now actually work alongside a Champagne House and ultimately craft Champagnes proudly, which co-bears the globally recognised red stamp of Penfolds, is both wonderful and a first collaboration of its kind for an Australian winery,” he said.