Strong trading in the US helped Naked Wines stay on track in the first half of the financial year, it reported this morning, however the company’s losses after tax widened to £6.4 million,  on the back of investment in new customers. 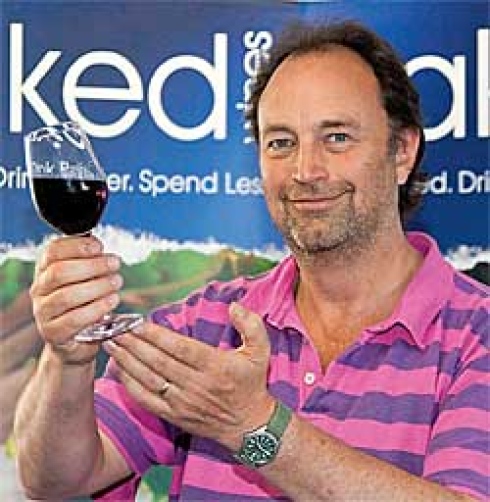 The company, which reported losses of  £6.3m in the same period last year, saw revenue growth of 16%, to £87.5 million, boosted by the strong performance of the US, up 24%, but the UK and Australia markets proved more sluggish.

Speaking to the drinks business following the publication of the results, chief financial officer James Crawford told db that both these markets were in top-line growth of around 10%, which was not the growth the company had hoped for, although many retailers would be very happy with that result.

“What we’re saying about the UK is that it’s a been a slightly more sluggish environment than we had planned for and there’s also been a degree of disruption in the UK where Naked and Majestic were known to be working side by side, when we know now they won’t be.

“Our UK mature business makes good healthy profit margins, so it’s not that it’s not in growth, it’s more that just the that ambition we had for it hasn’t quite been fulfilled. In the [second] half  [of the year to ] November, we want to make sure that’s fixed.”

He said Naked had great customer data and good loyalty that enabled it to accurately forecast how much a customer is going to generate for the business.

“We can then see what kind of marketing it is rational to invest to go and find more of those customers,” he said.

The group invested heavily in acquiring new customers, up 29% to a total £10.3 million (around half of that anticipated for this financial year), with a large proportion going to the strong US market, but this had hit profits, with EBIT down £3.8 million, compared to £1.7million last year.

Crawford said the acquistion proposition has been improved to attract and retain customers, such as sampling higher value wines to demonstrating the value they can get at different price points, as well as boosting trust by proactively refunding money to customers if they rate a wine badly or if Naked drops the price of a particular wine.

“We’re beginning to see approaches like that are driving loyalty high and its worth investing in to develop that relationship,” he said.

Loss making ‘not a surprise’

Net debt currently stands at £25.8 million, however the £111 million from the sales of Majestic Retail, and Commercial, the sale of the Ealing property to developers and fine wine arm Lay & Wheeler have yet to be finalised, although this is due to be completed at the end of the year. These disposals will deliver a strong balance sheet with strong net cash position, the company said.

Crawford said that the company was making a loss shouldn’t come as a surprise, but it was seeing good returns and committed to investing further in the business.

“We are still delivering satisfactory returns from those investments so we will continue to invest at high levels. As a group we’re loss making, that shouldn’t come as a surprise to people, we laid out the proforma with the  Majestic business gone, and essentially the strategy will be to continue to drive growth with the cash from those disposals going toward the balance sheet.”

“If we can’t effect that cash and grab we will look to returning money to shareholders but we won’t make that divination for another 12-18 months.”

Changes to the board

CEO Rowan Gormley, who it was announced would be stepping down from the business after Christmas, said Naked Wines had built a solid foundation for growth, and the US business was well up on the key measures of investment, payback and sales.

“Naked Wines is now a pure-play online retailer, with a huge opportunity in the US wine market, and the resources to capitalise on that opportunity,” he said.

However he noted that the UK and Australian markets were more sluggish and the company would slow the rate of increase of investment in new customers in the second half as a result.

“We now have the internal capability, clarity of purpose and financial resources to take the business through its next chapter of growth. I am enormously excited to be given the opportunity to harness this platform and realise Naked’s full potential.”