UK wine critic and author Matthew Jukes has entered the low and no-alcohol drinks sector with his own line of cordials designed to go with food. 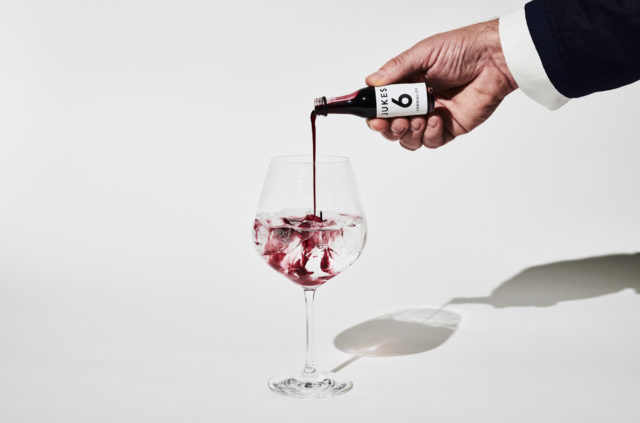 Jukes’ cordials, called Jukes Cordialities, are meant to be added to water, bringing an extra level of flavour and complexity to the glass. There are two variants in the range – Jukes 1 and Jukes 6 – which can be mixed with still, sparkling or tonic water, “giving the consumer a choice to suit their personal palate.”

Jukes 1 is centred around a “citrus and herb theme,” according to the critic, mimicking the colour of white wine and designed to be “uplifting, clean and bright.”

The second, Jukes 6, is a “fruitier, deeper and spicier style with a more mellow, earthy flavour.” The cordials contain 15 calories and 18 calories per serving respectively.

Jukes believes his more than 30 years of experience working in the wine trade has helped him to bring a product to the low and no alcohol sector which closely resembles the flavour of wine and can act as a substitute for those looking for a drink to pair with dinner.

“Along with a great perfume, flavour and finish, it was critical for me to ensure that my Cordialities were very low in calories,” Jukes said.

“Most non-alcoholic drinks are sweet, confected or high in calories and so my two Cordialities are dry, tart, refreshing and perfectly suited to everyone conscious of their own wellbeing.”

The cordials will be available online from late autumn this year.

This is just one of a series of new non-alcoholic drinks launched in the UK this year that are designed to act as a substitute for wine at the dinner table.

Claire Warner, the former head of spirit creation at LVMH Moët Hennessy, joined non-alcoholic ‘spirit’ brand Seedlip in January last year to head up the launch of non-alcoholic label Æcorn Aperitifs. In December, she told db the drink, which is designed to be paired with food, was breaking new ground in a category created by Seedlip.