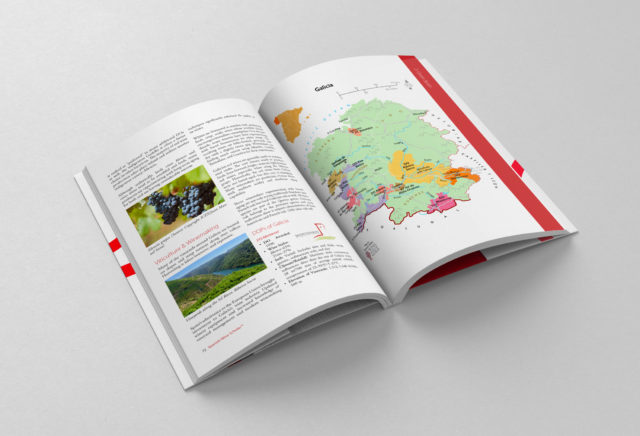 The program, which took two years to develop, has been designed to become the reference in Spanish wine education for trade professionals and studious oenophiles alike.

The course has been put together by the WSG Education team, with SWS education director, Rick Fisher, at the helm.

Julien Camus, founder of the WSG, told db there has been “a tremendous amount of anticipation and excitement” in the build-up to the course’s launch this month.

“Following in the footsteps of our successful French and Italian programs, our aim is to provide the most advanced and comprehensive program available on the wines of Spain to professionals and enthusiasts around the world,” he said.

The course will not favour particular appellations, but will instead introduce students to every wine region in Spain.

This, he said, is done over nine chapters, which divide Spain regionally. Each includes an overview of the history, climate, topography, soils, grapes, and viticulture/viniculture of each autonomous region. Specific wine appellations are then discussed in their respective regional chapter.

More than 60 wine schools in 26 countries were trained as part of the SWS pre-launch in January this year.  Among the 120 wine educators in training, 40 have already passed the SWS exam and earned the Spanish Wine Scholar title. Meanwhile, 20 sessions are currently scheduled at partner schools in the US, Canada, UK and Sweden.

There have, of course, been one or two challenges when putting the course together. Production rules have changed in a number of regions over the past two years. Ribera del Duero’s ruling council allowed the region’s wineries to make white wines under the main DO for the first time in history this month. And in Rioja, there have been a number of changes to the classification system since 2017, including a completely new category; Viñedos Singulares.

Camus told db that, as Spain’s wine laws are in a constant state of movement, the SWS manual is “updated annually to reflect any and all changes which have occurred between editions.

“In fact, the updates between the first two editions were considerable given the changes in DOCa Rioja, DOQ Priorat, and DO Cava, as well as the introduction of new Vinos de Pago around the country.

“As changes occur, students are updated via a downloadable errata which reflects these changes.”

Camus said the course also details the innovative viticulture and vinification techniques practiced by an increasing number of wineries working towards a more eco-friendly production style.

“While not exhaustive, when regions are incorporating more sustainable practices such as organic or biodynamic methods, they are mentioned in their respective sections.”

Camus said he hopes the new certification will become “the definitive reference book for Spanish wine.”