UK retailer Aldi is launching a 6L Methuselah of Prosecco DOC in time for Christmas – but the giant bottle being rolled out this year will set you back £20 more this year than last year. 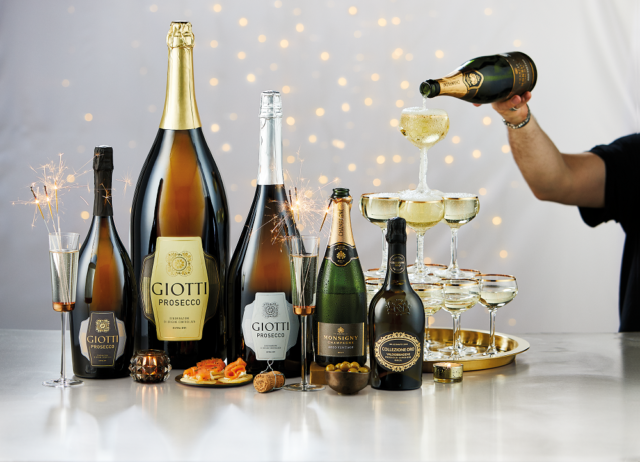 The retailer brought out a Methuselah for the first time last year, with the launch of the Aldi’s Giotti Spumante Prosecco Methuselah, following the success of its first Jeroboam of Prosecco, which launched at Christmas in 2017. The giant format, which is the size of 8 regular bottles and will serve around 48 x125ml glasses, cost £79.99 and sold out in 24 hours, according to the retailer.

At the time, then Aldi BWS boss Mike James told db that although larger bottle format seemed “counter-intuitive” given the increased price point, people were increasingly using them to add theatre at larger scale celebrations and parties.

This year the discounter is launching a Giotti Prosecco DOC Methuselah for £99.99, but the weightier price tag shows the UK discounter’s confidence that customers are prepared to pay more to snap up a bottle of the giant fizz.

A spokesman for Aldi confirmed that the product is the same as last year and that they were “confident that you can’t buy a product this good anywhere else for less”.

The bottle works out at £12.49 a bottle, or £2 a glass, and will be available online via Aldi’s website from 1 November for delivery on the 14 November.

Due to its giant size, the bottle is too big to fit into a standard fridge and the retailer advises that it takes two people to pour a glass.

It is also selling a three-litre Jeroboam of Giotto Prosecco DOC for £39.99, which holds four regular bottles, which will be available in store as well as online.

For everything you need to know about Prosecco, see our handy guide here.