Scientists in Edinburgh have identified a gene  in barley that may make the plant drought-resistant, arguing that it has the potential to future proof whisky and beer production in the face of global warming. 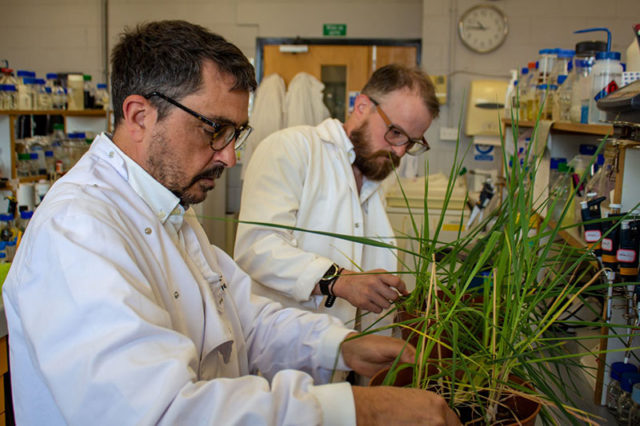 Researchers at Heriot-Watt University have discovered that a particular gene inherent in barley is responsible for controlling stress tolerance, and that is it possible to increase the gene in test plants – effectively ‘switching on’ its ability to cope with heat and water scarcity – and enabling it to survive prolonged periods of drought.

Dr Peter Morris, who initiated and led the research said it had been a “considerable challenge” to identify the gene responsible for stress tolerance among the 39,000 or so genes in barley, but that the discovery was a “significant finding” for key industries that use barley, such as Scotch whisky.

Last year’s prolonged dryness and heat significantly affected the yield and quality of the cereal harvest across Europe, and particularly the UK, which fell 8% according to Dr Ross Alexander, a lecturer in the Institute of Life and Earth Sciences at Heriot-Watt. He said the fall from 7.8 billion tonnes to around 6.6 million was a ‘huge deficit”.

Morris argued that it was “essential” to maintain continuity of supply as climate change gathers pace and the country experiences more extreme seasons, adding that although the team had focussed specifically on barley, the discovery could pave the way for more drought resistance crops to be bred in the future.

The gene works by turning on other genes that protect the plant against heat stress – notably increasing the amount of sugars and amino acids, and causing the pores where water escapes from the plant to be more tightly closed – and allow it to continue growing even when water is scarce, Morris told the BBC.

“Genetic variation is essential in plant breeding for resilience so we expect this research will now be used by plant breeders as a marker for drought resistance. It will help focus attention on different barley varieties in which this gene is naturally expressed more prominently. This may lead to greater variation in the gene pool of crop plants and more drought resistant crops in future years,” he said.

“This also has important implications for the wider cereals industry including the production of wheat, maize and rice,” he said, because the gene is present in all plants.

Dagmar Droogsma director of industry at the Scotch Whisky Association said the Scotch whisky industry relied on a sustainable and secure supply of good quality raw materials, and welcomed this research which helps to provide resilience against the effects of climate change and to sustain the diversity of barley varieties used for Scotch Whisky.

Currently around 90% of barley used for Scotch was sourced within Scotland, the rest being made up by the UK and EU.

“These recent findings contribute to an industry-wide programme of research and development which helps to maintain Scotch Whisky’s competitive edge as an iconic Scottish product,” she said. “The Scotch Whisky industry supports 10,000 jobs across Scotland, and we are proud to have funded this research into a fundamental element of its supply chain.”

The results of their five year study, which was funded by the Scottish Whisky Association (SWA) were published in the Journal of Plant Physiology and Biochemistry.