Domaines Barons de Rothschild has chosen today (19 September) to open its Chinese winery, Dong Lai, and make the first vintage from the estate available to purchase. 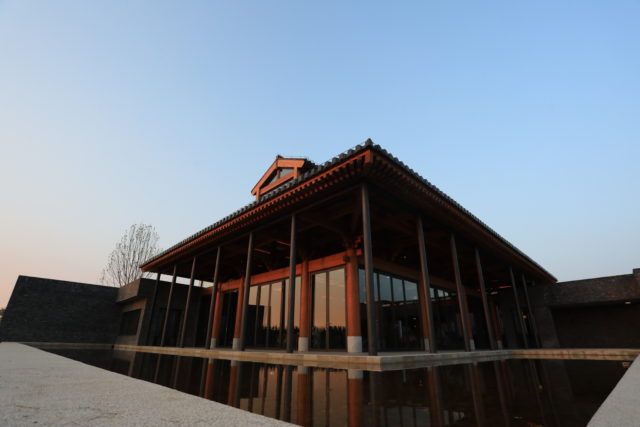 It was revealed back in July that the winery is called ‘Long Dai’ and that the first release from the property would be the 2017 vintage.

But the French company has chosen what it calls the “auspicious” date of 19/09/2019 to formally open the domain to the public and launch the 2017.

General manager, Charles Treutenaere, said: “We chose this date, on the occasion of Qiu Fen – the mid-autumn festival – to reflect that the estate’s winemaking calendar goes through the 24 seasons in China and the symbolism of the number 9 – a lucky number for vintages in Bordeaux and a symbol of longevity in China.”

The first wine from the estate is a blend of Cabernet Sauvignon, Marselan and Cabernet Franc. It will be distributed in China through Pernod Ricard (as per an agreement brokered in April of this year) with the first bottles being shipped at the end of November. There was no word on the price of the bottle.

Saskia de Rothschild, chairwoman of DBR, said: “Making wine here is a story of balance between cultures – the local knowledge and traditions of the people of the Qiu Shan Valley, and the timeless winemaking approaches of Lafite.

“This idea of balance was also what we wanted to reflect by establishing a winery that was a contemporary translation of a traditional style of China gray clay bricks, in constant dialogue with the landscape.”

Based in Penglai in Shangdong Province, DBR’s Chinese project has been a long running and not always smooth affair. Begun over 10 years ago in 2008, initial hopes of launching a wine in 2018 fell through and then one of the principal co-investors, CITIC Group, pulled out of the project citing a “strategic adjustment”.

Visits will be by appointment only and can be arranged through the winery’s WeChat page.