The Taiwanese whisky distillery has announced the addition of a Sherry cask finish to its ‘Concertmaster’ range. 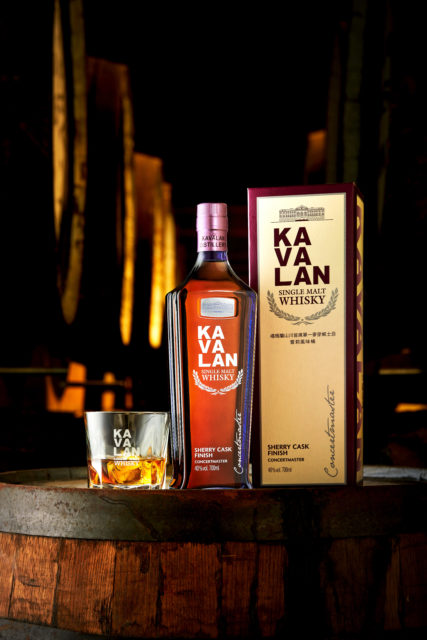 The newly released Kavalan ‘Concertmaster Sherry Finish’ at 40% ABV is double matured in Sherry casks. As the distillery’s first global release of this year, it has already hit the bars and shelves in Taiwan, with a global roll-out to follow.

Master blender Ian Chang explained the two-part ageing process that the whisky underwent. The first round of long maturation in the distillery’s high-quality American oak refill casks allows the purity and fruitiness of the spirit to develop, while lending the whisky its delicate aromas.

The second part involves finishing in Sherry-seasoned American oak casks, which gives the whisky its complexity and further brings out the depth of flavours made possible in Taiwan’s unique subtropical climate.

“Just like our first Concertmaster, the finishing in Sherry casks mellows out the flavours, adds depth and multiple layers, and locks in an incredible softness to the whisky,” Chang said.

The “concertmaster” is an orchestra’s lead violinist and revered as the most highly skilled player on stage. Kavalan’s Concertmaster Series aims to do likewise, blending and tuning the aromas and flavours in its whisky to create depth and balance. The first Concertmaster in the range has a ruby Port cask finish, and was awarded Best in Class at the 2011 International Wine & Spirit Competition.