“I’ve always said American wine is better than French wine,” tweeted President Trump who, in response to France imposing a tax on global technology companies, has threatened to slap tariffs on French wine. 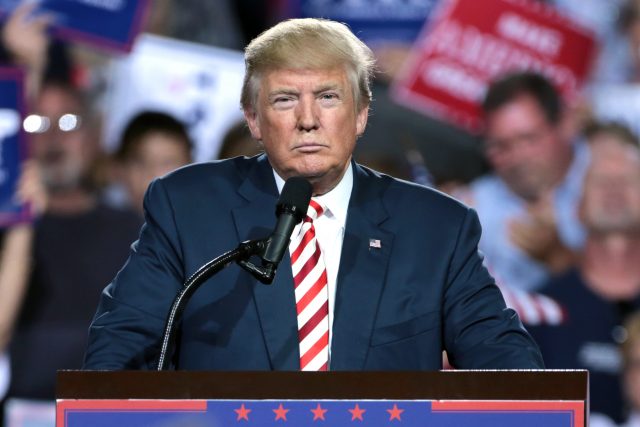 An acronym for ‘Google, Apple, Facebook and Amazon’, the GAFA tax will impose a 3% levy on the total annual revenues of the largest global technology companies providing services to French consumers.

In response, French economy and finance minister Bruno Le Maire, said that the technology tax was “universal” and was not aimed specifically at American companies.

France just put a digital tax on our great American technology companies. If anybody taxes them, it should be their home Country, the USA. We will announce a substantial reciprocal action on Macron’s foolishness shortly. I’ve always said American wine is better than French wine!

Speaking in a press conference yesterday (28 July), he said: “The first point I want to make very clear to our American friends is that we are not targeting specifically American companies.”

He added that the measure was introduced prior to a decision due to be made by the Organisation for Economic Co-operation and Development (OCDE) on the financial control of digital firms.

The UK and Spain have also announced similar measures, while Italy has also said that it will impose a tax if the OCDE decision is further delayed.

Le Maire called on the US President to consider the technology tax and tariffs on French wine separately.

He said that French winemakers had been expressing their concerns to him following Trump’s remarks, adding: “We should not mix these two subjects. Over the past 10 years, there has been a very significant rise in the imports of American wine in the European Union – around 30%.”

Trump first took a swing at the French wine industry back in November last year, after criticising France for its tariffs on US wine imports, which he claimed were preventing US producers from selling their wines in France.

“On Trade, France makes excellent wine, but so does the U.S,” Trump tweeted. “The problem is that France makes it very hard for the U.S. to sell its wines into France, and charges big Tariffs, whereas the U.S. makes it easy for French wines, and charges very small Tariffs. Not fair, must change!”

In December, the Trump administration finalised regulations which clamped down on “unfair” tax breaks for booze companies who import and export wine.

Meanwhile, in April this year, the United States Trade Representative (USTR) proposed tariffs on US$11 billion worth of imports from the EU in response to its subsidies that support Airbus over rival aviation company Boeing. The list of products include wine, cheese, aircraft, motorbikes and olive oil.