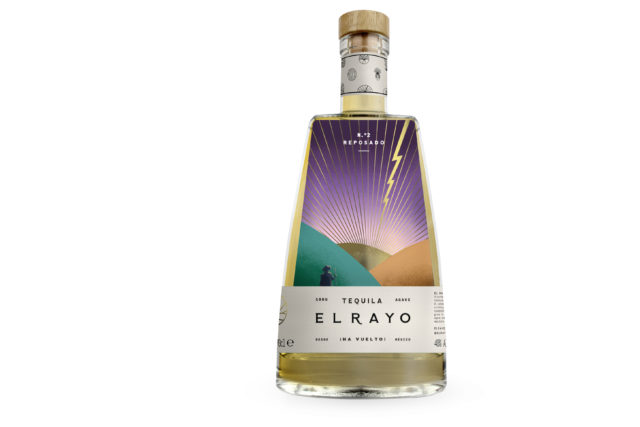 Meaning ‘the lightning’ in Spanish, in reference to folklore surrounding the origins of Tequila, the El Rayo brand is launching in the UK this summer, comprising an unaged blanco Tequila and a reposado. Distilled using a blend of agave sourced from the highland and lowland areas of Mexico, both expressions are designed to be drunk with tonic water. The reposado (pictured) is described as “sweet and delicate, with silky caramel, almond and vegetal notes that have been softened over seven months in whisky barrels”.

Made with a blend of Sangiovese and Vermentino, Cost’è is a Provençal-style rosé produced in the Toscana IGT. According to the producer, the wine combines the red fruits of Sangiovese with the citrus and sage scents of Vermentino, and is “fresh, with a good persistence”. The rosé can be enjoyed as an apéritif or paired with light meat and fish dishes. The grape varieties were fermented separately at low temperatures before being aged in steel tanks for two months. The recommended serving temperature is between 10°C and 12°C.

Robert Oatley’s unoaked Signature G-18 Grenache has been made in a deliberately light style to be “similar in weight and body to a young Pinot Noir, Tempranillo or Sangiovese”. The Australian producer says the wine should be “at least lightly chilled”, which will allow the wine’s “lifted aromatics to shine”. Made from the 2018 vintage in the McLaren Vale, the grapes were fermented on their skins in a combination of open and closed fermenters, then matured for a short period in tank before bottling. 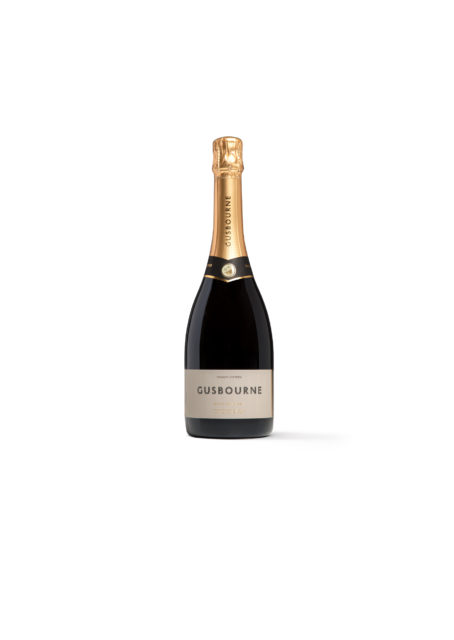 Kent-based Gusbourne’s Brut Reserve 2015 has spent 34 months ageing on its lees, and has flavours of “zesty mandarin, peach and apple pie with hints of ginger, toasted nuts and brioche”. The fizz is a blend of 53% Pinot Noir, 40% Chardonnay and 7% Pinot Meunier, with a dosage of 8g/l, and was fermented in stainless steel tanks with a small percentage of old oak barrels to add structural complexity. Comparing the wine with previous vintages, head winemaker, Charlie Holland, says: “There is a little less warmth in the 2015 compared with 2014; the style is more similar to that of 2010 and 2013 – it has real potential for longer-term ageing”.

Gibson’s Gin, owned by La Martiniquaise, has expanded its portfolio with a pink expression. Flavoured with strawberries and rose petals, the gin boasts botanicals including juniper, coriander and angelica. Bottled at 37.5% ABV, Gibson’s Pink will be available globally in the on- and off-trade. Constance Descamps, Gibson’s international senior brand manager, said: “By extending its portfolio with this new pink variant, Gibson’s seeks to meet all consumers’ needs with a complete and consistent range. 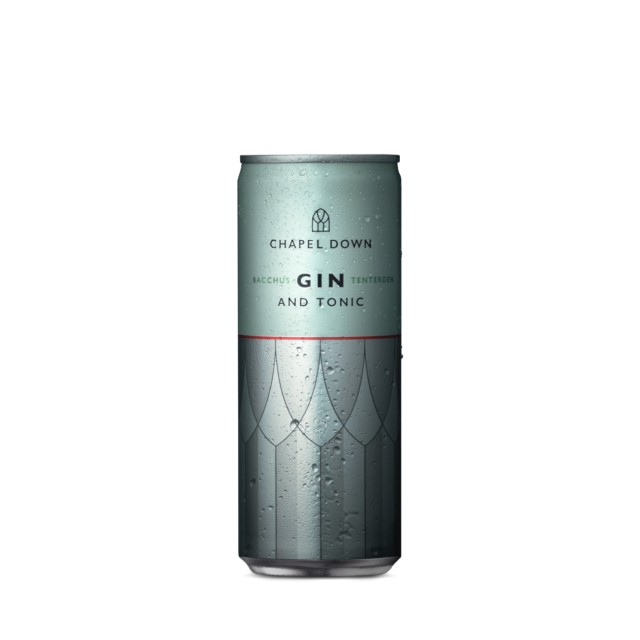 English drinks company Chapel Down has made its first foray into the convenience and ready-to-drink market with the launch of a pre-mixed gin and tonic in a can. The canned cocktail features the producer’s Bacchus gin, which is a grain spirit made with Bacchus grape distillate. The gin is infused with juniper, coriander, elderflower, orris root, angelica, lavender, orange peel and lemon. Chapel Down has teamed up with London-headquartered tonic water producer Double Dutch to provide the mixer, selecting “the lightest of the tonics” to blend with the gin. The 250ml can is available in a case of 12.

Maison Gabriel Meffre’s Pays d’Oc Première Nature Merlot 2018 is made using no added sulphites. The IGP wine, produced from grapes in the commune of Générac, is grown on well-drained, sandy loam soils. It undergoes a “deliberately short” 10-day fermentation, with daily pumping over. Described as having intense red fruit aromas, it is best enjoyed young with dishes including stuffed mushrooms, charcuterie and lamb chops with thyme. The wine is bottled under the Château Grand Escalion brand, one of Meffre’s estates, which has 44 hectares of vines in the Costières de Nîmes AOC as well as varietally-designated vineyards. 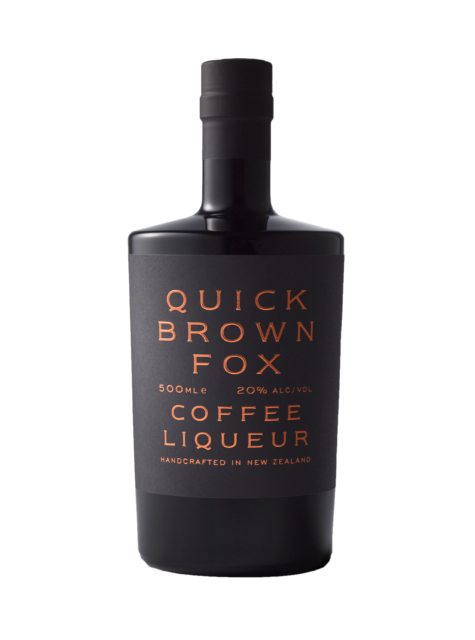 New Zealand-based Quick Brown Fox has made its debut in the UK market with the launch of its coffee liqueur. The liqueur is made using a blend of Fair Trade and organic roasted coffees sourced from farms in Sumatra, Colombia and Papua New Guinea, along with organic cinnamon from India. As well as cocktails, the brand recommends experimenting by using its product in desserts. The liqueur is said to pair particularly well with drinks containing Cognac, Bourbon or spiced rum. 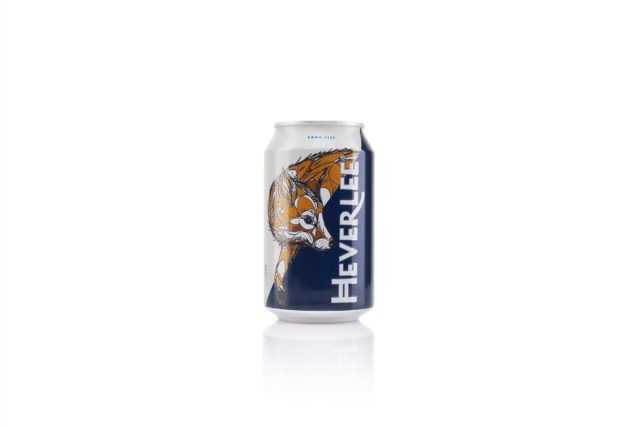 Belgian brewer Heverlee has collaborated with street artist Dzia to create a range of limited-edition cans and packaging, featuring two of his signature animal designs – the sly fox and Belgian hare. The new 330ml cans and 6x330ml pack designs for Heverlee’s lager are now available in the UK on and off-trade. The design creates the impression that the fox is chasing the hare around the can, and is a replica of an image Dzia created in Heverlee’s hometown of Leuven, Belgium. It also features his signature, which is used to authenticate his work in cities around the world.

Zéra, owned by French wine company Pierre Chavin, is a new organic alcohol-free brand that has been launched nationwide in the UK. Made with unfermented Chardonnay grapes, the ‘wine’ is a vegan-friendly soft drink alternative, which is described as being “rich in vitamins and polyphenols”. The ‘wine’ contains no sulphites or preservatives. The brand will sit alongside Pierre Chavin’s other alcohol-free ‘wine’ brands, which include Ôpia, Pierre, Perle, Silhouet’, Le Petit Chavin and Les Cocottes. 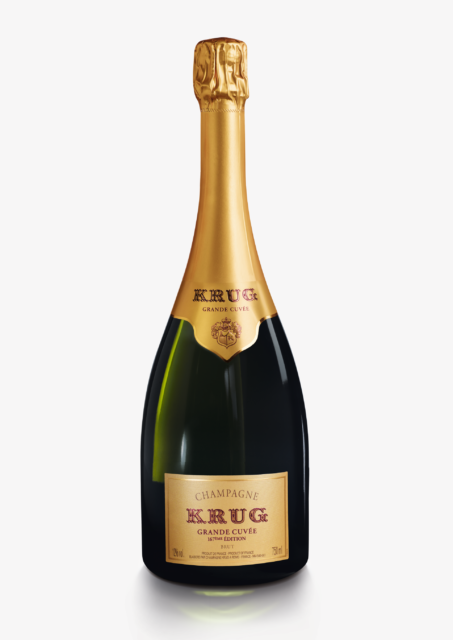 Krug has launched the 167ème Édition of its Grande Cuvée. It is based around grapes from the 2011 harvest, which is the youngest vintage in the blend. It comprises 191 wines from 13 years, dating back to 1995. Its final composition is 47% Pinot Noir, 36% Chardonnay and 17% Meunier. The wine has spent seven years in Krug’s cellars before release. It is described as having aromas and flavours of “flowers, ripe, dried and citrus fruits, as well as marzipan, gingerbread, hazelnut, nougat, barley sugar, jellied and citrus fruits, almonds, brioche and honey”. 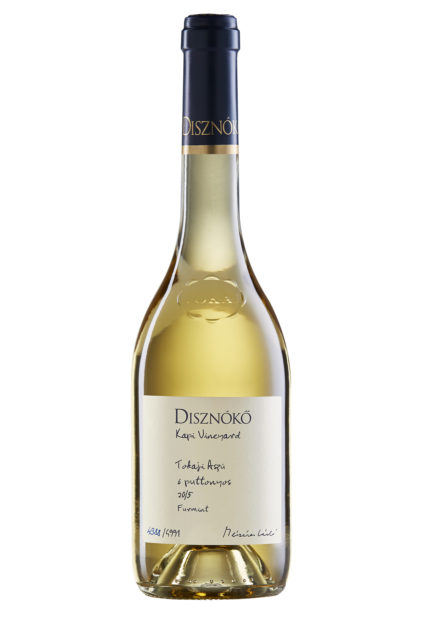 Disznóko has has announced the release of its 2015 Kapi Vineyard Tokaji Aszú 6 puttonyos, only the fourth vintage to be declared since it was launched 10 years ago. Made using grapes from a single vineyard, a total of 4,9991 individually numbered and signed bottles have been made. Produced from slightly botrytised but fully shrivelled grapes, the wine was aged in 225-litre oak barrels for two years with 25% of new oak. It is described as having “floral, vanilla and white fruit notes, with an intense and rich mouthfeel with flavours of pineapple and mango”.

Italian sparkling wine producer Valdo has released a fizz made from grapes grown in the hills of the Garda DOC, an area that spans Lombardy and the Veneto. The sparkler is produced from a blend of Garganega and Chardonnay grapes, and is made via the Charmat method, with at least two months of ageing in the bottle. It is described as having aromas of “flowers and white-fleshed fruit”, with a “pleasantly dry and savoury palate”. It can be paired wih typical Veneto-style pasta dishes, fish, and prawn and vegetable risottos. 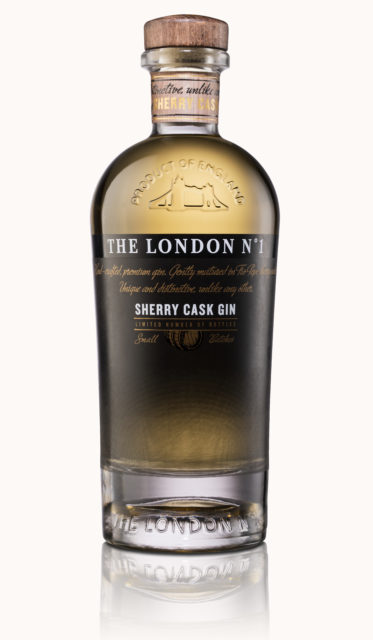 González Byass has launched a limited-edition Sherry-cask-aged London No.1 gin, with only 5,000 bottles due to be released each year. The London No.1 is matured for three months in Jerez in Sherry casks that have been used to age fino brand Tío Pepe. The casks give the gin a pale golden colour, with “hints of oak and Sherry notes mixing with juniper”. The gin itself is made in London, with botanicals including lemon peel, liquorice and bergamot. It will be launched in 30 markets internationally as well as in bars worldwide.

Lowlander beer, produced in the Netherlands, has added its first no-alcohol beer to its portfolio. It is made with reclaimed citrus peel from bars and restaurants that use the fruit for fresh orange and lemon juice. It has launched in the Netherlands, the UK and Germany, and will be rolling out to other international markets soon. Created in collaboration with PeelPioneers, the beer is an attempt to use some of the 250 million kilograms of fresh fruit peels that are binned in the Netherlands each year. Lowlander also makes two low-alcohol 2.5% ABV beers, made with yuzu and grapefruit and ginger and Kaffir lime.