A P&O cruise to the Norwegian fjords ended in a “bonkers” and alcohol-fuelled mass brawl at the end of last week. 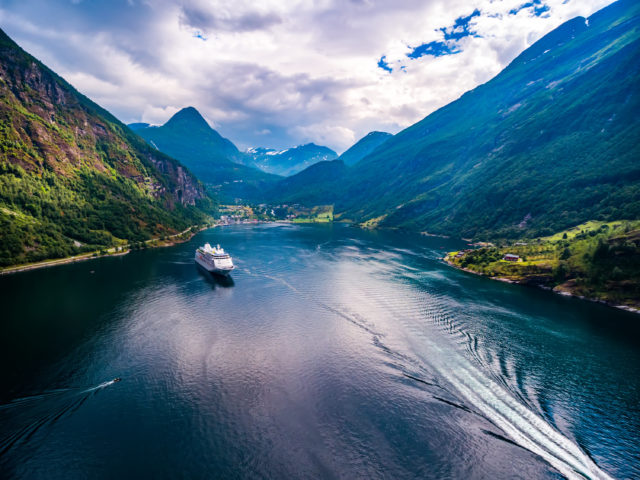 The fight, described as “bonkers” by one witness, reportedly broke out on Thursday evening or early Friday morning (25-26 July) aboard the Britannia as it sailed home to Southampton from Bergen after a week in Norwegian waters.

Plates and furniture were used as weapons in the fracas which left six people hurt with cuts and bruises and led to the arrest of a man and a woman, both in their early 40s and from Chigwell in Essex.

Richard Gaisford, a journalist with Good Morning Britain was on the cruise and tweeted some details of the fight saying that he had been told the spark was an altercation over someone dressed as a clown though P&O has subsequently refuted this.

Gaisford added that the violence came after a drink-filled evening which followed an afternoon of “patriotic” partying on the deck where large amounts of alcohol had also been consumed.

One passenger told The Times that many people were there “purely to drink as much as they could with their unlimited drinks” – referring to the £40 a day “ultimate drinks package” offered by P&O which allows the buyer 15 drinks a day starting from 6am.

The Times also disclosed that P&O’s owner, Carnival, recorded 134 serious criminal incidents on its ships over the last three years, including 100 sexual assaults.

Currently, cruise lines are only legally obliged to disclose criminal incidents in the US.