Argentine sparkling wine is a ‘UFO’ in export markets

“When I go abroad, they look at our wines like they’re UFOs,” recounts Andres Heiremans of Bodega Cruzat on pitching Argentine sparkling wines to overseas suppliers, as he and others speak of the challenges of selling fizz outside of the domestic market. 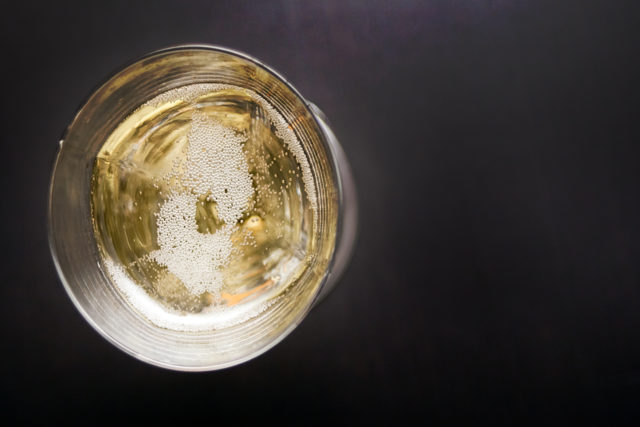 With Malbec accounting for almost 60% of total Argentine wine exports, with 103.1 million litres exported last year, it can be challenging for other Argentine grape varieties or wine styles to break into overseas markets.

Production of sparkling wine in Argentina, however, is growing, aided in part by a new generation of winemakers entering the market. According to figures obtained by Chandon Argentina, in 2005 there were just 59 producers making sparkling wine, most of them as a side project in addition to their portfolio of still wines. In 2014, 165 companies were making fizz.

While domestic consumption of sparkling wine in Argentina has risen since the 1980s, producers say that the category lacks definition in overseas markets.

Speaking to the drinks business, Heiremans, general manager of Cruzat, highlighted his desire to increase exports, but stressed that it was a long-term goal.

“80% of our wines are sold in Argentina and the remaining 20% goes to 16 different markets. Our aim is to grow our global presence.

“A group of producers, together with Wines of Argentina, are working together to try and decide on a name for the Argentine sparkling category. It will be difficult to reach an agreement, but we feel it’s something we must have.

“When I go abroad, they look our wines like they’re UFOs. They say to me ‘where do I put this’? What category or shelf should I put it on?”

His sentiments were shared by export manager of Bianchi, Roberto Meli, who stressed that the power of Prosecco in Europe made it hard to break into the market.

“Every time we discuss our wines with importers we think we’ll get more orders, but it hasn’t happened yet,” he said. “Prosecco is cheaper than our wines and it’s hard to compete. It’s also difficult also to get away from the fact that Malbec constitutes the majority of exports of Argentine wine.

“I feel like we’re in the middle of nowhere in terms of pricing in international markets. We’re higher than Prosecco, but lower than Champagne.

“The key is going to be presenting our wines directly to people and getting them to try them. It’s going to take a long time for someone to be able to easily grab a bottle of Argentine sparkling in a wine shop in the UK.”

“For sparkling wine you’ve got to think long-term,” he said. “To build a classic wine will take decades.

“We’re being warned by experts not to enter the volume game – once you’re in it’s hard to get out. You need to know when to walk away from that big deal. Then again, we’re not old fashioned or blind to the needs of the market.”

He spoke of the potential for sparkling wine in the growing market for cocktails in South America.

“In South America they spend a lot on sparkling wines and then mix them into cocktails,” he said.

Heiremans of Cruzat spoke of the company’s desire to target the “top pyramid of wine drinkers”.

“We think there’s a big difference between traditional and Charmat method wines, and we would like Argentine sparkling to be more associated with the former,” he said, adding that Cruzat only produces traditional method sparklers.

“However, in terms of sparkling wine produced in Argentina, between 85 and 90% is produced by Charmat method.”

Cruzat is looking to release more wines with longer lees and bottle age, having identified parcels of grapes that it believes has ageing potential.

Together with rising prices, the category is also benefitting from innovation, with sparkling wine now made from grapes including Bonarda, Malbec, Viognier, Pinot Grigio and Syrah.

Bianchi is also planning to shake up the packaging of sparking wine. The producer plans to release a canned frizzante as an extension of its best-selling New Age wine range. It is aiming to have the product in the US by next year as owing to a lack of suitable canning equipment in Argentina, it will have to package the wine in the States.

“Cans have a big future, it’s the packaging form that’s growing the most at the moment. It’s very difficult to innovate, but we see packaging as a great way to do this,” Meli said.

A new generation of producers, such as Alma 4 (a group of four friends and Liceo Agricola y Enologico graduates), and Constanza Gaitieri of Malpensado are breathing new life into the category.

Alma 4, which is made up of Mauricio Castro, Agustín Lopez, Sebastien Zuccardi (third generation owner of Zuccardi winery) and his wife Marcela Manini, started off making small volumes of wines as a hobby with no commercial ambitions.

Their current goal is to explore the length of lees time needed to achieve the best result for each grape variety.

Lopez said: “We want to know our limits. We’ve produced a Chardonnay from 2012 with 70 months in contact with lees. It’s not common to have long periods of lees ageing in Argentina. But for us we don’t have pressure to sell and see long lees ageing as the way to go.

“All varieties are different and have their own limits. We don’t want to be a factory and produce wines in six months.”

Gaitieri who has also spent time making wines in Spain, the US and France shares their appetite for experimentation.

“I work with unconventional grape varieties such as Pinot Grigio and Syrah,” she said. “I like to work with different base wines. In Argentina we’re not constricted with what we can use.”

Having produced Cava in Spain and Crémant in the Rhône Valley, she has now set her sights on Italy for her next project.