Australian golfer Marc Leishman has applied for national distribution of his Leishman Lager across the US and hopes to have the beer available in his motherland within two years. 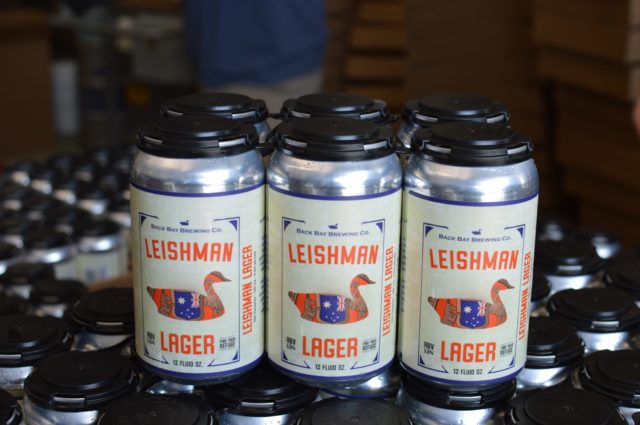 Leishman, who teamed up with Virginia’s Back Bay Brewery in 2016, is hoping to sell his beer outside of the state. Having first released the lager as a limited-edition to be served at a gala in aid of the Begin Again Foundation, a charity he runs with his wife Audrey, it has proved so popular that it became a year-round core beer. Earlier this year, it was put into cans for the first time, with the official launch scheduled for 27 June.

The lager, which combines Australian and German hops including Magnum and Helga, has an ABV of 4.7% and is described as having a “dry, crisp malt profile with notes of lime zest”.

Currently, the lager is available in local stores and at around 100 restaurants and bars within the state, with a portion of the proceeds going to the Leishman’s foundation.

Leishman told pgatour.com: “It was a lot more popular than what they thought it was going to be. And now it’s one of their best-selling beers. So, it’s good. I’m enjoying it. It’s nice being able to get it.”

While the beer has been available on draft for several years, it was put into cans for the first time this year, with the first batch of 7,200 selling out in less than a month. Plans are now afoot to distribute the beer outside of Virginia and across multiple states in the US, subject to official approval.

Leishan told the Australian Associated Press that he hopes for the beer will be made available in Australia within two years.

He said: “It’s very rewarding to see something so enjoyable for everyone raise money for a cause that is close to Audrey’s heart.

“Leishman Lager has become a story within a story. Everyone knows about Audrey’s illness, but we were lucky she pulled through and now we want to help others in similar situations.

“The feedback has been that Leishman Lager tastes great. It’s got potential to go big here in the US and it’d be amazing if we could almost fund the charity, and its various programs, from the beer.”

The Leishmans established the foundation after Audrey suffered a near-death experience in April 2015. She was placed in an induced coma after developing toxic shock syndrome and acute respiratory distress syndrome and was given a 5% chance of survival.

The foundation now works with Children’s Hospital of The King’s Daughters’ Social Work Department to help families with uninsured expenses. It has also partnered with local homeless shelters in order to deliver safe organic pads, new underwear and feminine wipes in an effort to protect women against toxic shock syndrome. At a national level, the LeishLine Financial Aid Fund gives US$1,000 loans to sepsis, acute respiratory distress syndrome (ARDS) and toxic shock syndrome survivors across the US.

Leishman turned professional in 2005 and currently plays on the PGA Tour. He has a total of 12 professional wins and was the joint runner-up at The Open in 2015 held at St Andrews. He is currently ranked 23 in the world.