Train operator Eurostar has updated its on-board alcohol policy to highlight that customers can take un-opened bottles of alcohol on its trains, following a social media backlash over changes to regulations. 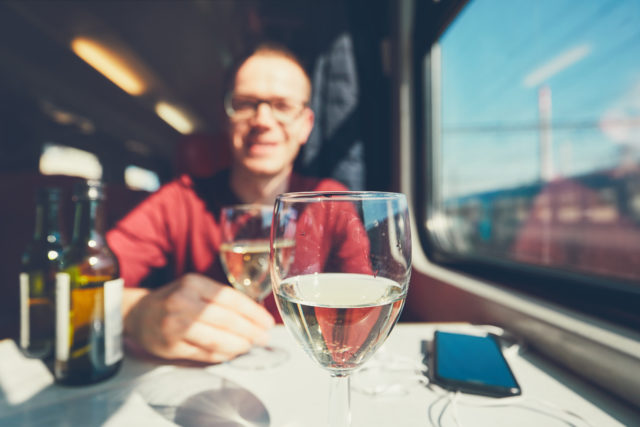 Eurostar made the changes last autumn, but social media users have only recently brought it to light. The high-speed train service was criticised for not allowing even small bottles of spirits to be taken on board

Twitter user Mark Smith, travel writer and author of train travel website Seat61.com, wrote: “Eurostar has quietly changed its luggage policy, and now no-one is allowed on with even a small bottle of spirits given (or to be given) as a present for example. And no more than 1 bottle of wine. This is completely unnecessary. Eurostar is a train not a plane.”

The policy now reads: “We appreciate that passengers often want to bring a few bottles back from their trip and we are happy for customers to bring unopened bottles of alcohol to take on to their destination.”

“Any passengers with large quantities can use EuroDespatch, our registered luggage service,” it added.

The policy states that on-board consumption is limited to “four bottles / cans of beer or one bottle of wine per person”. No “large bottles of spirits” are allowed to be consumed on board.

Eurostar stated that it reserves the right to confiscate alcohol in order to preserve the safety of passengers.

The train company says that on ‘night ski trains’ and trains providing transport for fans to and from sporting events, alcohol is neither sold on board nor are passengers allowed to bring alcohol with them to consume. Only alcoholic drinks in sealed bottles are allowed through security, it said, as a result of “some incidents on these services”.