Rumour that high street wine retailer Oddbins may be rescued (for the second time in ten years) by the owner who placed it in administration four months ago came as a surprise this week. db looks at some of the questions the proposed rescue deal raises.

The news that the owner of wine retailer Oddbins may rescue the retailer out of administration, came as something of a surprise over the weekend. As yet the report is unconfirmed and details of the offer appear to be thin on the ground, but db has pieced together some of the salient points around the retailers’ apparent demise, and what a possible rescue plan may involve.

What exactly is the rescue plan and how might it work?

The reports published by the Press Association simply stated that the administrator was in ‘advanced talks’ with Walsall-based European Food Broker Ltd’s (EFBL) owner Rajinder Chatha to “take back control of most of the business”, but it was unclear what a proposed sale might prove to be, with Duff & Phelps and Oddbin’s parent company EFBL telling db that no comments are being made at this stage.

However documents recently filed at Companies House have thrown some much needed light on the situation, outlining the financial state of the companies and confirming what steps have been taken during the administration process to minimise losses and maximise returns for creditors, as well as the preferred options for the companies.

One of the most notable points it states is that only 58 out of the original 102 stores are still trading, following the closures of 45 unprofitable stores by the end of March in an effort to stop haemorrhaging losses.

Of these stores, 13 stores were Oddbins outlets (the trading name of Whittalls Wine Merchants 1, in England and Whittalls Wine Merchants 2 in Scotland), with a remainder falling under the auspices of sister company Wine Cellars Trading Limited (WCTL), which trades under the Booze Buster, Simply Drinks, Oddies, and Shop2Go fascias, and the immediate parent company EFB Retail Ltd, itself a subsidiary of EFBL.

The preferred option is to sell the retail business as a whole, and although the report indicate that more individual stores may be sold it seems that at least some of the remaining Oddbins and WCTL stores will be saved if the proposed deal goes ahead – providing that landlords can be persuaded to agree terms going forward. Bearing in mind the report states that leases on the estate were not paid in the last quarter of December 2018, and several landlords and local authorities threatening legal action over the unpaid rates and rents, this may be quite a bit if.

There were, it notes, a number of approaches for the sale of the whole business, but since March, one preferred option has been actively pursued. Assuming that this is the option alledgedly on the table, how does that work in practise?

It is not uncommon for a company to buy back parts of a business that it has placed in administration and liquidated, but in order to do so it would need to operate under a different company, avoiding a similar name to the old company so as not to lead to possible confusion of creditors of the old company. So perhaps it is worth noting that in January this year, two companies were incorporated at Companies House, Wine Retail Limited and Wine Retail Holdings Limited, with the company directors named as Ayo Akintola and Balbir Singh Chatha, the two directors of EFB Retail Ltd.

Oddbins’ parent company European Food Brokers Ltd blamed its demise on the combined pressures of the uncertain economic outlook on the back of Brexit with its fluctuating currency, with soaring rents on many of its sites and the deterioration of the high street which all led to an “unsustainable, tough physical retail market”.

But given this was the reason EBFL gave for placing the retail business in administration in the first place, it begs the questions of what exactly has changed in the last four months to turn this situation around, as we’re no nearer to any certainty on Brexit and the high street is still as tough as ever.

However UK wine retail undoubtedly received a boost two weeks ago with the news that Majestic was in advanced sales talks with multiple buyers to sell the entire retail estate. A buoyant Majestic boss told db that the potential purchaser would be spending “a chunk of money” to boost the retail business, begging the questions that if Majestic is able to pull it off, will Oddbins be able to secure its future in a similar way?

That remains to be seen – after all, the Majestic deal still hasn’t gone through yet, despite the retailer cracking open the Champagne with its customers after announcing it was ‘here to stay.

There is also the fact that Oddbins had underlying financial problems that far exceeded Majestic’s challenges, and the reasons given for its demise appear to be somewhat disingenuous when compared to the administrators proposals as filed at Companies House.

These reveal that the underlying financial strain on the retail businesses was caused not by Brexit and the high street as stated (although they certaintly didn’t help), but by HRMC revoking the excise approvals of the parent company in February last year having deemed that two of its businesses – parent company and wholesale business European Food Brokers Limited (EFBL), who supplied Oddbins and Wine Cellar Trading as well as independent retailers and supermarkets, and its sister warehousing company, Whittalls Wine Merchants (WWM) –  were “not fit and proper persons to hold excise approvals because of the manner in which they conducted their duty suspended business”.

This ruling effectively meant the parent company lost its bonded warehouse and was forced to pay duty on all its stock, meaning it also could no longer buy in bulk, hindering it and its subsidiaries’ ability to to secure competitive pricing from suppliers, and putting a severe strain on cashflow. Trading under the new conditions became “unviable”, it said, as credit terms were slashed for the retail companies, who were forced to be less reliant on the parent company for stock, hitting trading revenue all round.

At the same time, the companies fell into rent and rates arrears and was unable to pay a £465,000 VAT bill, resulting in HMRC threatening to wind up the company, and landlords and local authorities threatening to take action. Staff payments were also said to have been in arrears. 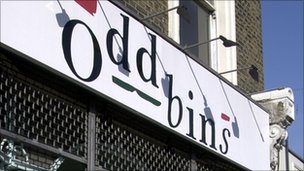 But the tribunal didn’t only cause direct financial implications for the business, there’s also the question of re-establishing trust.

During the tribunal, HMRC stated that the company directors had restructured the business in 2012 in order to “mask” the fact that two businesses used to sell wines into the wholesale market in England and abroad were ultimately owned by EBFL’s beneficiary shareholder, Rajinder Chatha, effectively allowing it to compete against its own suppliers, who were under the impression the stock was only being sold into UK retail market.

Furthermore, it revealed the company had been the subject of a four-year HMRC investigation, ‘Operation Cracker’ which ended in 2014. Although the company, its associates and directors were cleared of any knowing involvement in any type of fraud, HMRC concluded that it there were a number of anomalies in the onward supply chain, tracing many of the onward transactions to missing or non-compliant trader and identifying transport movements that it said were “not credible”.

So it looks like the retailer might have a way to go to re-establish trust – not least with HMRC – and minimise the fall-out of the tribunal. In April for example, it was cited as a reason for refusing to allow a wine warehouse to open in Douglas, according to an article in the Isle of Man Today.

EFBL is still in the process of appealing the decision to revoke the parent company’s excise licences in the UK’s highest tax court, and the appeal is due to be heard in the second half of this year. If the decision is overturned, it may make a considerable difference to the proposed future of the business – however there are no guarantees.

Given all this, has enough been done to change the situation in the last four months? Continuing to trade through the administration process and disposing of its unprofitable stores is certainly likely to to boost profitability, and maximise much of the companies’ stock as well as maintain goodwill with suppliers. Between the date that the administrator were appointed until mid March, sales across the group amounted to £2.355 million, it said, with trading costs of £1.88 million.

But is this going to be enough to allow Oddbins to soldier on?