Naked Wines has bolstered its top team with the appointment of US heavyweight John Walden as its new chairman as the ‘advanced’ sale talks of the Majestic retail business are expected to close over the summer. 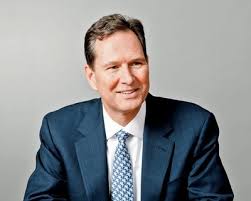 The company this morning announced the appointment of US retail heavyweight John Walden, executive chairman of Holland & Barrett, and former Homebase and Argos boss, to head up the group, as the company’s new chairman as Greg Hodder steps down, while Naked Wines’ US President Nick Devlin will take on the role of chief operating officer.

The changes are intended to balance the composition of the board towards the US market, which it said was the biggest growth opportunity.

It also confirmed the rumours that it was in advanced sale discussions with multiple potential bidders to sell the majestic UK retail and commercial business intact, which is expected to be completed over the summer.

Lay & Wheeler will be sold separately, it added.

As it published its results this morning, Rowan Gormley, Group Chief Executive described it as a “pivotal moment” for the company, following its “difficult but important decision to focus on Naked and exit from Majestic”.

He confirmed it was currently the intention to sell the retail business intact, rather than as a combination of store closures, and sales, but that a further update would only be provided when the negotiations were concluded and it sought shareholder approval, expected to be over the summer.

“Our intention is to sell the business and we are at an advanced stage with multiple bidders,” he said, adding that the decision had been made from a “position of strength”. 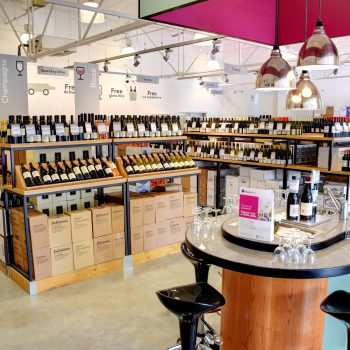 “Although we have several options to realise value from Majestic, the cleanest and best for customers, staff and shareholders currently looks to be an outright sale at this time.”

However he added that if it was not possible to complete the process over the summer – ie before the key Christmas and New Year period – it would continue to run the two businesses independently of each other and look to restart the process in 2020.”

Although group sales rose 6% to £506.1 million, as predicted by analysts earlier this week, underlying profits fell by more than a third, with adjusted profit before tax of £11.3 million, compared to £17.2 million last year. This was attributed to lower retail profitability and the decision to accelerate investment in Naked Wines growth.

The loss before tax was reported as £8.5m, which it said had been impacted by a £11.1m store impairment charge. Net debt across the group rose to £15.5 million, up from £8.4 million in 2017. (For a more detailed account of the results, please click here).

Gormley described Majestic as a “great business, with brilliant people and strong customer loyalty” that was “much better” than it was four years ago. He pointed to revenues up 20% and online sales up 50% over that period, with a growing subscription business and a national fulfilment centre.

Ultimately, however ‘the future is Naked”, the chairman added.