The UK’s advertising watchdogs are “ready and prepared” to penalise alcohol brands that sell drinks to young people by suggesting they will be happier, more confident, or successful, a panel of marketing experts has warned. 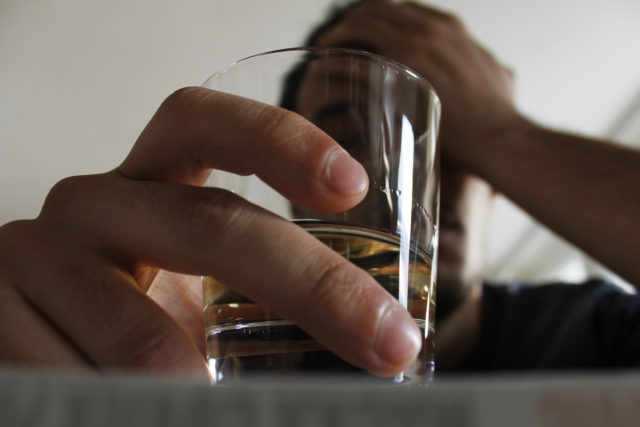 Amy Powell, client relationships manager at PromoVeritas, a marketing compliance consultancy, said that some brands, such as Captain Morgan rum, have already struggled to get this right, falling foul of the Advertising Standards Authority (ASA).

Powell was addressing a room of brand owners, bartenders, marketers and journalists at an event focusing on the relationship between alcohol and wellbeing in London, coinciding with Mental Health Awareness Week in the UK.

She cited a campaign Captain Morgan ran in 2016, which the ASA banned after finding it implied that alcohol can improve people’s confidence.

The ad was set at a party, and saw a man with Captain Morgan’s face from the brand logo superimposed over his own, dancing, and swinging on a rope, before posing at the bow of the ship. On-screen text read: “Captain the dancefloor.”

More recently, an advert that appeared on television and social media promoting Edrington-owned whisky brand The Macallan was banned by the ASA for linking alcohol with risky and irresponsible behaviour.

According to the ASA, claiming that alcohol has therapeutic qualities or is the answer to overcoming boredom and loneliness or other problems, will “pretty much always break the rules,” Powell said.

The event – Mental Health & Alcohol: Could alcohol marketing be more mindful? – also delved into the murky waters of influencer marketing, where alcohol companies pay bloggers or celebrities with a strong presence on social media platforms to post images of themselves enjoying their drinks.

Powell said that brands need to ensure that their advertisements do not inadvertently target underage drinkers.

“There has been such a huge influx of influencer marketing being a strategy for brands, from bloggers right up to people like Rita Ora.”

According to a briefing published by the Advertising Standards Authority in November last year, people featured in alcohol ads should be (and look) at least 25 years old, and those shown drinking should not be behaving in a juvenile manner regardless of their age.

Swipe up in story to read my @forbes exclusive!! ❤️❤️ I’m sooooo excited I’ve been working on this, one of my many new babies for nearly a year now!! I’ve had the privilege of collaborating with amazing brands and each time I learn something new about the business side of the industry. With this partnership I wanted push myself to take on a new role. Being Chief Creative Partner and shareholder with @prosperotequila has allowed me to invest my time and energy in a my new venture, which at its core highlights strong independent women. Working with Stella and visiting the distillery was an amazing experience and affirmed my desire to take on this position within the company. I can’t wait to toast this new partnership with my family, friends, and fans and finally drink my own draaaaank! Thank you @prosperotequila ❤️ #VivaPróspero #VivaconRita

“The thing that alarms me,” Powell said, “is [Rita Ora] has an audience of 14+, and her image has a bottle of Tequila right there on her Instagram.”

“Like I said to brands four years ago, GDPR is coming, and regulators are ready and prepared to go to court in cases like this.”

The warnings come after a study by the University of Stirling and Cancer Research found that young people’s awareness of alcohol marketing – and their ownership of alcohol-branded merchandise – is associated with increased and higher-risk consumption.

It said that 11 to 19-year-old current drinkers, who report high alcohol marketing awareness, are one-and-a-half-times more likely to be higher risk drinkers, compared to those who have low or medium awareness.

Of the young people who had never consumed alcohol, those who owned alcohol-branded merchandise are twice as likely to be susceptible to drink in the next year. The report also found that 82% of young people recalled seeing at least one form of alcohol marketing in the month preceding the survey, with at least half estimated to have seen 32 or more instances – equating to one per day. Meanwhile, one fifth reported owning alcohol-branded merchandise.

The more that people are exposed to a brand’s adverts on social media, the more likely they are to buy into that brand.  A study into visual advertising exposure found that consumers need to be exposed to a post around three times before they will purchase a product and, given the visual nature of social media platforms such as Instagram, it is unsurprising that it is an ideal ecosystem for brands to sell their wares.