Shipwrecked 17th century wine to be offered by Christie’s

Auctioneer Christie’s is offering two bottles of 17th century wine recovered from a shipwreck at its next London sale – though it recommends not to drink them. 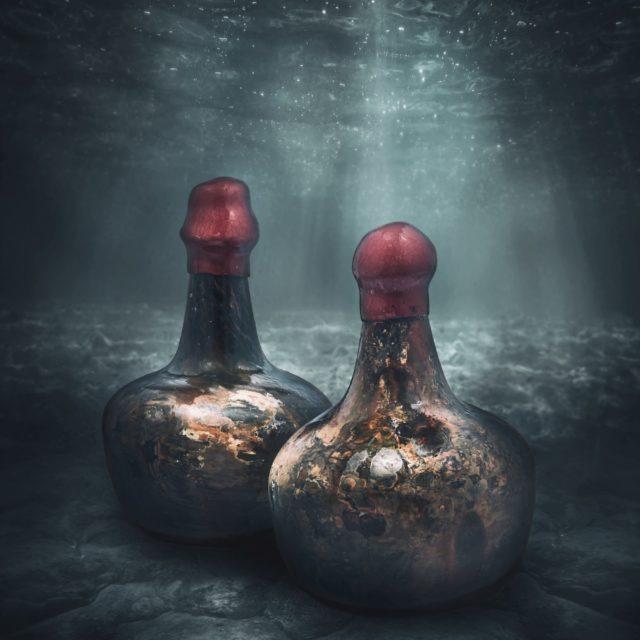 Fourteen bottles were recovered in a rattan basket that was buried in the mud some 40 metres down.

One bottle broke upon recovery but when the contents of another was tested it was found to have been a “powerful red wine” – at least once upon a time.

The shape of the bottle and an examination of the cork led researchers to conclude the wine was bottled somewhere between 1670 and 1690.

Professor Gougeon from the University of Burgundy in Dijon who led the research wrote in March 2016: “Our latest results obtained in Dijon confirm the liquid to be a grape based beverage due to the presence of tartaric acid. Phenolic analysis confirmed a typical old wine signature rich in tannin degradation products and together with the presence of resveratrol enables us to tell it was a strong red wine.

“Interestingly, besides small aliphatic acids such as lactic and acetic acid, the wine still contained some amounts of ethanol. Our historian colleague confirmed to me from the chemical analysis of the glass and especially from the shape of the corked flask that the dating precisely would correspond to a period from late XVIIth century.”

The bottles each come with a certificate from the salvors and each bottle is also being kept in a specially-designed, water-filled tank.

Christie’s noted in its catalogue that due to the age of the wine, the fact it is not fortified and having possibly been adversely affected by its time underwater, “we feel its drinkability is questionable. This should be approached as a lot of historical and vinous importance”.