Trade organisation WineGB has revealed that a record 15.6 million bottles were produced in England and Wales in 2018, up from 5.9 million produced in the frost-ravaged 2017 vintage. 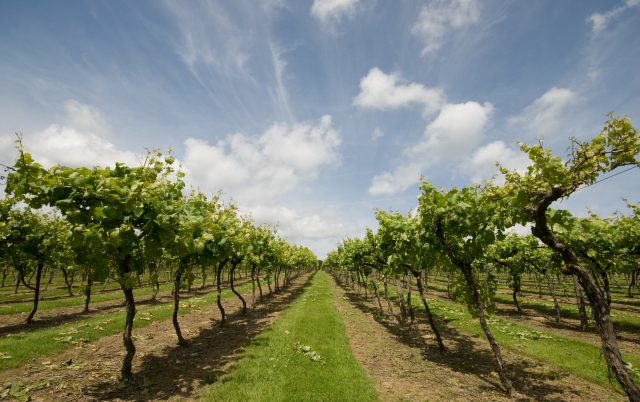 At a dinner in London this week, organised by Wines of Great Britain (WineGB) and hosted by the Worshipful Company of Vintners, the true extent of the harvest was revealed.

Exports of GB wine have also doubled in the past year and English and Welsh wines are now exported to 40 different countries, up from 27 in 2016. The top markets are Scandinavia and the US.

While the figures have not yet been analysed for the 2018 vintage, in general sparkling wine remains the dominant style, accounting for 71% of the wine produced in the UK. 2018 may see more still wine produced, with wineries reporting that due to conditions, they were able to produce more still Pinot Noir.

Speaking to the drinks business last year, Lucy Letley, head of marketing and events at organic Surrey-based vineyard Albury, said: “At the moment everything is looking good, the Pinots in particular. We’re thinking that this year we will be able to produce a small quantity of still red wine, perhaps a barrel full.”

“I’ve been banging on about it for the last ten years, but you can get very good English Pinot Noir ” she said. “It has so much potential and there are some really good sites for Pinot Noir in the UK, I think England’s still red wine should be Pinot Noir.”

Pinot Noir is now the UK’s most widely planted grape accounting for 31.5% of vines. The majority is used for sparkling wine production, while the amount used for still wines varies according to the quality of the vintage. There are currently no figures available for the breakdown of Pinot Noir used for still and sparkling.

WineGB states that it, in line with current trends, it projects that volumes will increase to some 40m bottles per annum by 2040. By the same year, it expects wine tourism to generate an additional revenue of £658 million a year, with an increase in employment in the sector from 2,000 to 24,000.

The dinner was attended by Her Royal Highness The Duchess of Cornwall, who is president of WineGB and a liveryman of the Vintners’ Company, as well as representatives of English and Welsh national and local government, wine suppliers, industry figures and winemakers.

Referring to the boom in UK wine tourism WineGB chairman, Simon Robinson, commented: “Our industry is going through seismic change. This is an immensely important component in the financial viability of many vineyard regions around the world. The benefits here spread beyond the vineyards to the pubs, restaurants, hotels and retailers within those areas – thus boosting the rural economy.”

Continuing, he added: “Exports will be especially valuable in the future. Expertise, capital investment, access to global markets through existing distribution chains, marketing capabilities, technical excellence will all help to raise the profile of our industry throughout the world.”

“I do not think it would be unreasonable to say that 2018 will probably go down as the year when the industry came of age for our colleagues in the wine trade both here in the UK and overseas.”

Further industry data is expected to released in the spring of 2019.