Dry January failed to dent booze sales in the UK, the latest figures from Kantar Worldpanel showed, as sales of alcohol rose 10% during last month. 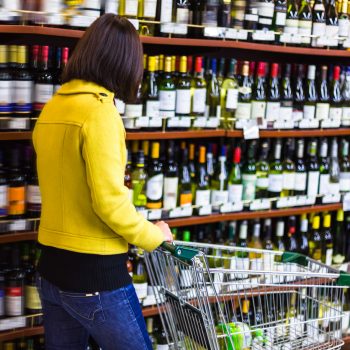 Although around a third of consumers claimed to be ‘open’ to Dry January, according to the retail analysts, booze saw double-digit growth in the four weeks to 27 January.

Some of this growth can be accounted for by a strong New Year’s Eve, Kantar Worldpanel’s head of retail and consumer insight Fraser McKevitt said, pointing out that excluding booze sales on New Year’s Eve showed more modest growth of around 2.9%.

However around half of UK households still bought booze during January, with gin doing well, as well as no- and low-alcohol beers.

“All in all, 53% of households bought alcohol in January and while non and low-alcohol beers jumped by 79%, the popular #Ginuary helped gin sales grow by 23%,” he said.

This tapped into the trend for healthier options, which saw the rise of meat-free dinners rise, and sales of salads and vegetable surge during January, McKevitt said.

Overall the grocery market grew 1.7% in January, compared to the same period last year, but total sales fell by around £1.5 billion compared to December’s splurge.

As seen in previous months, Aldi and Lidl continued a strong run, with average spending up £8 on the same period last year to £204, and around 18.3 millions shoppers visiting the discounters in the last 12 weeks.

“With more stores set to open this year in London and the south east, this trend is likely to continue,” McKevitt noted.

Iceland also saw growth of 2.3% boosted by a good performance of its booze section. Meanwhile, Tesco saw its fastest growth since last September, with sales up 1%, and Morrisons also rose 0.4%m despite a slight fall in its market share. Asda also grew, boosted by double-digit growth in its online offer, while Waitrose also returned to growth of 0.2%, despite a dip of its market share to 5.1%, down 0.4 percentage points.

Sainsbury’s however had a disappointing January, with sales down 0.3% and market share dipping 0.4 percentage points to 15.3%.