Alfred Gratien is making its inaugural single vineyard Champagne from the 2018 harvest, which will be the world’s first clos expression using just the Meunier grape when its released in five years time. 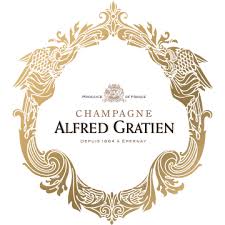 The clos – a French term used to described a walled vineyard – is located close to Epernay in Cumières, and planted with “very old” Meunier, according to Alfred Gratien’s head winemaker Nicolas Jaeger.

Speaking to the drinks business in Champagne last month, he said that the quality of the Meunier was exceptional in this premier cru site, and hence his decision to buy the grapes and create a single vineyard expression.

He also told db that the fizz will become the “first clos in Champagne that is 100% Meunier”.

News of a special bottling using just this grape is surprising due to Meunier’s image as something of a workhorse grape that reliably provides a fruity edge to Champagne blends, and it is rarely used in the production of finer wines for extended ageing.

Indeed, prior to Jaeger’s decision to buy the grapes for the new Alfred Gratien Champagne, the bunches were being sent to the local cooperative, where they would have been blended with other grapes.

However, Jaeger has secured a long term contract to get the grapes from the most recent harvest as well as future vintages, having discovered the clos because both he and the owner of the vineyard were using the same babysitter.

He said that he plans to release the 100% Meunier from the clos in Cumières in five years time, “or possibly more”, and has fermented the grapes in barriques.

In keeping with all other Champagnes from Alfred Gratien, this addition to the range will not go through the malo-lactic – which is the conversion of generally sharp-tasting malic acid to the softer lactic acid.

Although Jaeger stated that his Champagne will be the first clos expression made from Meunier, as previously reported by db, Champagne Cattier has also identified a clos planted with Meunier, and has proposed releasing a Champagne from it.

Called Clos Yons, the walled vineyard is situated between Chigny-les-Roses and Rilly-la-Montagne, and represents a “specific terroir that is wonderful for Pinot Meunier,” according to former Cattier commercial director, Philippe Bienvenu.

Cattier, which makes the wines for prestige cuvée brand Armand de Brignac, had proposed using the single vineyard Meunier to make a special release from the top-end Brignac brand, which is famous for its Ace of Spades emblem and backing from American rapper Jay-Z.

However, db has since learned that such a Champagne is unlikely to be released under the Armand de Brignac marque.

In the meantime, Gosset, which is the oldest wine-producer in Champagne, has given Champagne’s workhorse grape a prestige positioning with the launch of a £90 fizz that’s made entirely from Meunier – a first for a Grande Marque.

With as many as 10 years ageing in bottle in Gosset’s cellars, the Champagne house is attempting to debunk a widespread belief that Meunier doesn’t produce long-lived fizz.

Like the Alfred Gratien Meunier, Gosset’s expression does not go through the malo-lactic conversion, which may be an important aspect to ensuring the grape can be used to produced a long-lived Champagne because malic acid is said to enhance the wine’s ageing capacity.

With the majority of Meunier planted in the Marne Valley – where the grape accounts for over 60% of all productive vines – it is generally tied to lower-lying, damper sites that are less conducive to high quality red grapes compared to the celebrated slopes of the Montagne de Reims, home to grand cru villages such as Verzenay, Ambonnay and Bouzy.

Meunier, which is a clonal variation of Pinot Noir, is favoured in the Marne Valley because the variety buds later than Pinot Noir – and ripens earlier – making it a more reliable performer in terms of yield in this frost-prone part of Champagne.

However, Meunier produces its best results in the crus of Champagne, particular around Epernay, where it can be found mixed among Pinot Noir vines.

While Gosset may be the first Grande Marque to release a pure Meunier Champagne, and Alfred Gratien the first to create a clos expression, there are several other producers, particularly growers, who make a fizz with just this grape.

As previously reported by db, Champagne Jean Moutardier has found success with a its Cuvée Pure Meunier – a brut nature fizz using only this grape – that was launched in 2004.

As for growers who bottle 100% Meunier Champagnes, celebrated examples come from names such as Egly-Ouriet, Jérôme Prévost, and Laherte Frères.

It is also important to note that Krug is an advocate of the quality potential of Meunier from old vines in good sites, regularly using the grape in its blends.

For example, more than one fifth of the wines in Krug’s celebrated 2002 vintage release were made from the Meunier grape.

There are fewer than 40 clos in Champagne, with just a handful with true global renown, such as Champagne Philipponnat’s Clos des Goisses, or Krug’s Clos de Mesnil and newer Pinot-only expression, Clos d’Ambonnay.

Relatively recent additions to the world of clos bottlings in Champagne include Pommery’s Clos Pomadour – launched in 2011 with the 2002 vintage – and Clos Lanson, first made from a walled vineyard in Reims using Chardonnay from the 2006 harvest, and launched in early 2016.

CHAMPAGNE UPS EMPHASIS ON THE SPECIALIST