A group of scientists and viticulturists from Georgia are researching which grapes would suit Martian soils and how best to cultivate grapevines there in the hope that one day colonists could make their own wine on the red planet. 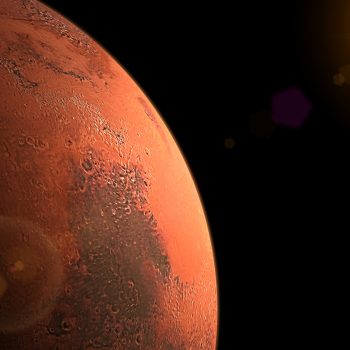 The IX Millennium project, based in Tbilisi, is cultivating grapevines fit for Red Planet agriculture pods, as reported by the Washington Post.

Now, a team of academics and researchers are drawing on Georgia’s 8,000-year long winemaking heritage, and its state-run grape library in Saguramo, which grows 450 local varieties and 350 foreign varieties of grapes for research purposes, to identify the most suitable grape varieties for the planet’s conditions.

While the prospect of grapevines growing on Mars is years from becoming a reality, the research may help answer questions about radiation, dust and other challenges for life-sustaining agriculture on Mars, while also beckoning the possibility that colonists could one day be sipping Georgian wine while contemplating ‘Life on Mars’.

“If we’re going to live on Mars one day, Georgia needs to contribute. Our ancestors brought wine to Earth, so we can do the same to Mars,” said Nikoloz Doborjginidze, founder of Georgia’s Space Research Agency and an adviser to the Ministry of Education and Science, which is part of the wine project.

The team plans to build an Urban Vertical Greenhouse Laboratory in Georgia that will mimic the conditions on Mars, allowing it to determine the grapes most likely to thrive on Mars. NASA’s Phoenix Mars lander has analysed Martian soil in great detail, and scientists have since replicated its unique characteristics in order to test its crop-growing potential on earth. Generally, Martian soil can be replicated on earth with crushed basalt from an extinct volcano in California’s Mojave Desert. The process will be monitored by Business and Technology University, HP technical support and the European Space Agency.

Generally, the team anticipates that white grapes will fare better than reds, with one prospective variety Rkatsiteli, which is known for its high resistance to cold winters and hot summers. The effects of radiation on a grape will also be tested.

“Whites tend to be more resistant to viruses. So I’d imagine they’ll do well against radiation, too. Their skin could reflect it,” said Levan Ujmajuridze, director of the country’s vineyard laboratory. 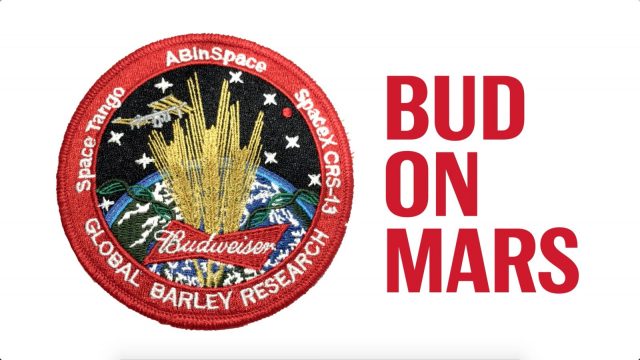 Georgia isn’t the first to consider the alcoholic needs of future Martian colonists.

In 2017 Budweiser signalled its commitment to produce a space beer, sending barley into space in order to study how one of beer’s key ingredients responds to microgravity environments.

Budweiser has partnered with the Center for Advancement of Science in Space (CASIS), the organisation that manages the International Space Station U.S. National Laboratory, and Space Tango, which operates two commercial research facilities within the national laboratory, to conduct a series of experiments.

The barley was due to be carried on SpaceX’s cargo supply mission, launched on 4 December from Cape Canaveral Air Force Station, Florida, and will remain in orbit for a month before returning to earth for analysis.

Budweiser has already positioned itself to become the ‘first beer on Mars’, with hopes that it will be the brew carried on board when Nasa eventually makes its first manned mission to Mars.

Elsewhere, a group of research students at a US university have discovered how to grow hops on Mars, paving the way for interplanetary agriculture.

Students at Villanova University in Pennsylvania were given a sample of Martian soil to experiment with, and found that hops and rye grow “fairly well” with the help of coffee beans and fertilisers produced back on Earth.