The best WSET schools in the world 2018

The WSET has shortlisted the seven best wine and spirits schools around the world ahead of its annual awards ceremony next year. 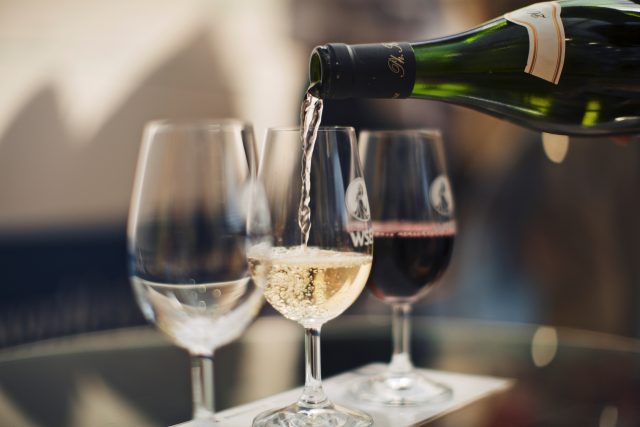 The Educator of the Year award celebrates the work of “exemplary educators offering WSET courses” worldwide.

Ian Harris, the WSET’s chief executive, said the candidates were shortlisted “for their innovation and passion to share our mission.”

“We are proud to see our APPs and educators across the world developing new strategies to expand their business and encourage more professionals and consumers to reap the benefits that wine and spirits education can offer.”

The winner will be announced at the WSET Graduation ceremony in London towards the end of January 2019.

Click through to see the best WSET educators and schools of 2018. 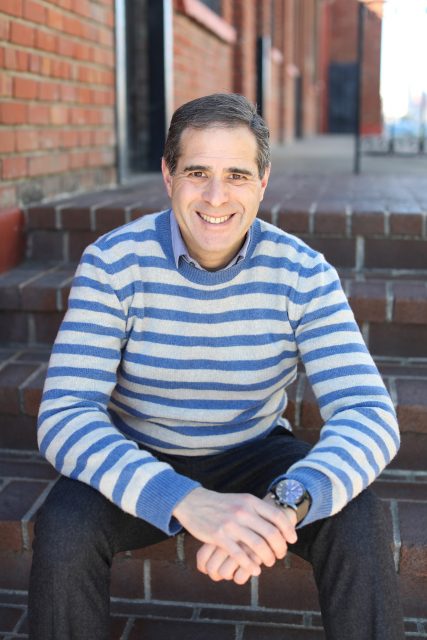 Winner of WSET Educator of the Year 2012 and nominated as an individual for the second year running, the education body said Adam Chase is regarded as “a course provider who ensures consistently high standards of WSET wine, spirits and sake education on both coasts of the USA.”

Chase founded US-based wine school group Grape Experience in 2005, and has outposts in San Fransisco, Boston and Napa Valley. The educating team includes 19 WSET Certified coaches and two Masters of Wine; Martin Reyes, who gained his certification earlier this year; and Mary Margaret, who, earned both the MW Bollinger Medal for outstanding tasting ability and the Overall Achievement Award for being the top student in her 2016 graduating class. 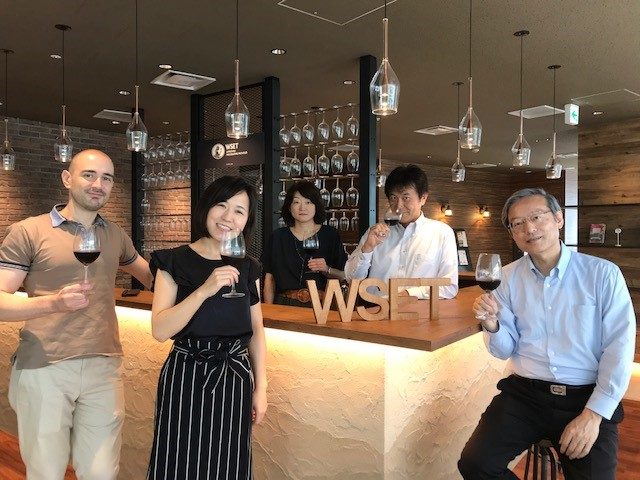 “A dedicated APP with a strong reputation in Japan and beyond,” according to the WSET, Caplan was singled out for “keeping up with new developments and constantly finding ways to improve its offering, including new classrooms and a teacher calibration programme to standardise teaching, it has seen candidate numbers increasing up to Diploma and now also offers sake qualifications.” 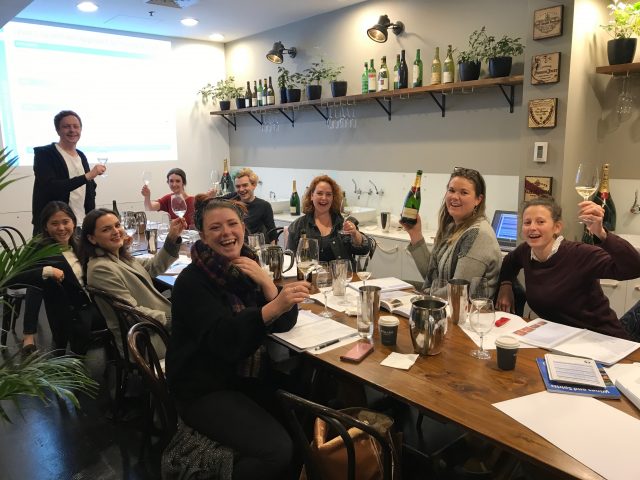 The school provides distributors, producers and hospitality companies with “innovative solutions to their corporate training needs and its use of interactive learning materials sees its students achieve above average results,” according to the WSET. 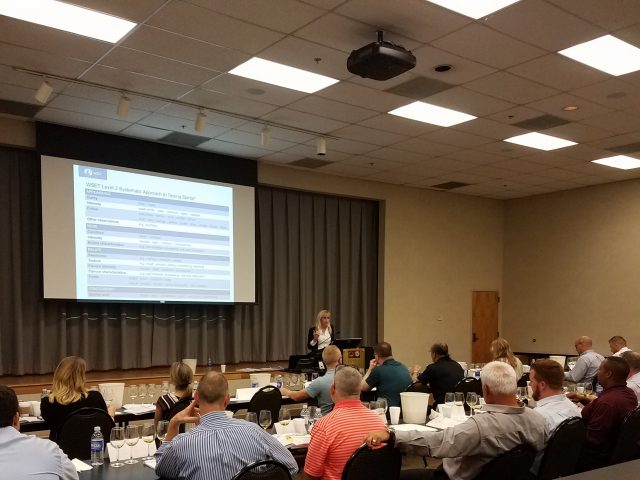 RNDC — America’s second-largest drinks distributor — has shown an “extraordinary level of commitment to WSET education,” according to the judges.

“Using WSET Educator Programmes to develop talent internally, it has grown its capability to support staff through WSET qualifications and increased candidate numbers for wine and spirits qualifications 5-fold in just two years.

“With attention to quality assurance, it is also launching a custom WSET Diploma course.” 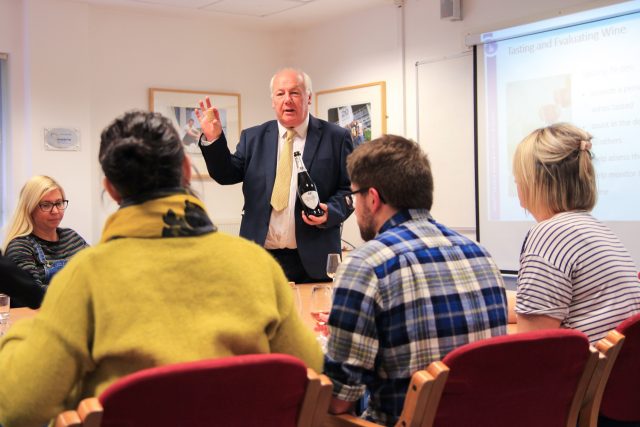 Truro College in Cornwall has found success by” reaching out to the hospitality sector across the South West UK and adding spirits qualifications to its WSET repertoire.”

“Securing funding and engaging with local hospitality businesses has enabled the college to grow candidate numbers significantly, seeing the opportunity in what is often thought as a challenging region due to geography and economics.” 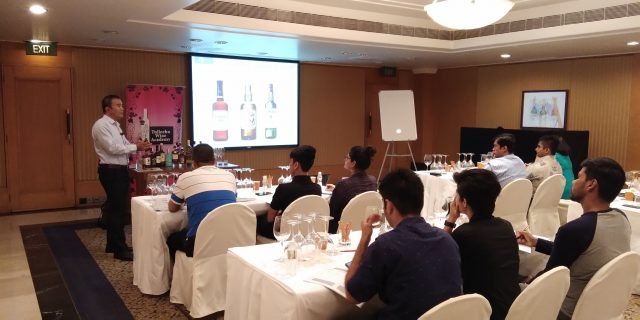 Tulleeho Portals — located in the southern city if Bengaluru — has been” a key WSET education provider for India’s trade since 2009, both across the wine country and in bar schools and hospitality colleges throughout Mumbai, Delhi and Bangalore”

The first school to offer the WSET’s Level 2 Award in Spirits in India,Tulleeho is  now fortifying its spirits offering, partnering with global drinks brands, and has been a “great support to WSET’s team for recent activity in the country,” according to the judges. 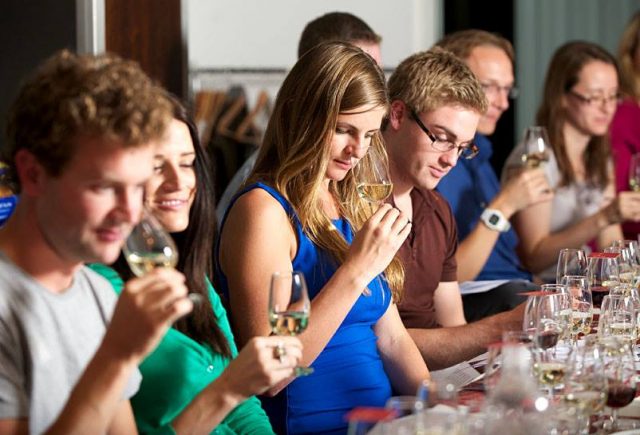 One of four WSET-accredited academies in London, the West London Wine School has “established an outstanding reputation as an educator for both consumers and the trade.”

Founded by educator Jimmy Smith in 2007, the school teaches a range of courses from Levels 1-3, and works in partnership with the Bordeaux l’Ecole du Vin to offer wine tastings based on trhe French region.

It has seen continuous growth in candidate numbers “thanks to a full schedule with a variety of options for course dates and has gained exposure through both social media and word-of-mouth,” according to the WSET.

In 2019, it will also be expanding its offer by introducing WSET spirits and sake qualifications.