Champagne Lanson’s chef de caves, Hervé Dantan, told the drinks business that he’d never seen a harvest like 2018, describing it as “incredible” but that he’d reserve judgement until the wines are first tasted in January 2019.

Dantan said that 2018 had been a “fantastic year” and that the grapes were of “good quality and quantity”.

He added: “It’s impossible to comment on what the wine will be like as it’s too early, but the early signs are good – I really need a better word to describe it! I’ve never seen such a harvest”.

When comparing 2018 to the likes of 2002, Dantan said that they both shared similarities in that they didn’t have particularly high acidity.

“Checking the sugar levels in 2018, they weren’t too far away from what we obtained in 2002 and had a similar balance. I’ll be able to comment more definitively when we begin to taste the wines in January 2019,” said Dantan.

Dantan spoke to db at a tasting of the Lanson Noble Cuvée 2002 which has undergone a packaging refresh, with a new tab on the foil surrounding the muselet to make it easier to peel off. The neck label has also been adapted with a vertical tab displaying the vintage.

The Brut and the Blanc de Blancs were first released in November 2017 with a non-vintage rosé also joining the line-up.

Dantan said that the next release of the Lanson Noble Cuvée 2002 will feature a vintage rosé. When asked why, he said: “Why not? I don’t know why we didn’t do it in the first place. It’s rare to have an old rosé on the market.

“For the rosé 6% of red wine was used as we don’t want much colour and tannin here”.

The Lanson Noble Cuvée range each spent 14 years ageing on their lees. Dantan previously told the drinks business that wines in the range always spend between 12 and 15 years maturing in bottles before release, adding that both the brut and blanc de blancs Noble Cuvées had been disgorged in June 2015.

Lanson Noble Cuvée was launched in 1979 and is only made in exceptional years. Wines “are more a homage to the freshness of Chardonnay than the fruit and power of Pinot Noir,” said Dantan, adding: “We want to have something more delicate”.

Commenting on the progress made in the house’s sustainability efforts, Dantan said that Lanson was expecting its first growers to be certified next year.

In June this year, he told db that the house had made a commitment to encourage all 400 of its growers to work towards either organic or sustainable certification. 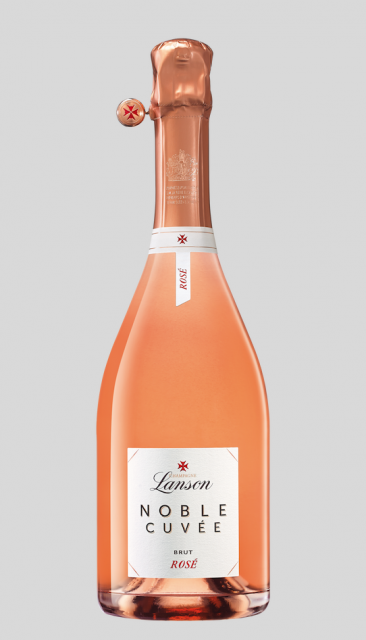 Sustainable certification encompasses a greater level of consideration for the ethical, economic and social impact on a region, and goes beyond the abstention of pesticides and fungicides.

Using its own vineyard as a benchmark example, the partnership will involve educational visits, self assessment of vineyards and support for growers to help them reach VDC (Viticulture Durable en Champagne) accreditation – the sustainable viticulture certification introduced by the Comité Champagne in 2014.

“There’s been a big improvement in sustainability in Champagne and I feel its very important to promote biodiversity and avoid the overuse of herbicides,” said Dantan.

“We’re one of the largest producers implementing such a project, but we’re certainly not alone in doing it”.

Lanson launched its Green Label last year, made with certified organic grapes grown at a single vineyard in the Marne Valley around the village of Verneuil.