Piper-Heidsieck has launched a super rare edition of its prestige cuvée Rare adorned with hundreds of tiny diamonds, which has gone on sale at Harrods with a £115,000 price tag. 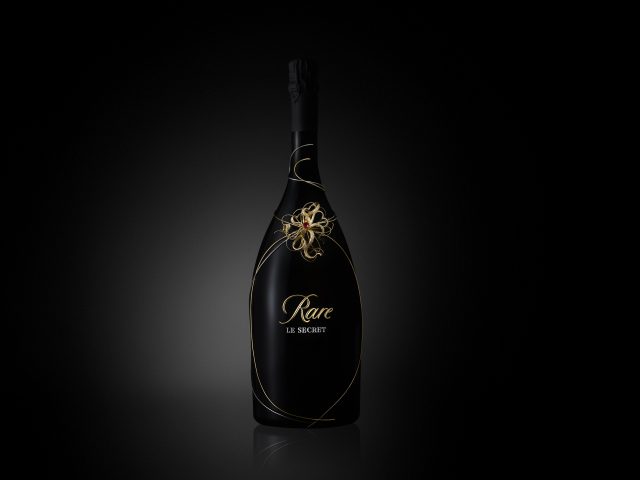 Called Rare Le Secret High Jewellery, the bottle was designed in collaboration with French jeweller Mellerio and is filled with Champagne from the 1997 vintage.

Just three bottles of the fizz have gone on sale at Harrods in London, each fastened with a piece of jewellery “inspired by the bows that adorned Marie-Antoinette’s lavish gowns” and featuring a closure crafted from 24-carat gold.

The white and yellow gold bands that wrap around the neck of the bottle feature gold ribbons set with 510 tiny diamonds, and a one-carat diamond, ruby, emerald or sapphire centrepiece.

Just 10 bottles of the zero dosage Champagne have gone on sale worldwide, including a diamond and sapphire edition in the US and a diamond version in France.

The Champagne is said to offer notes of “sandalwood, quince and yellow fruit”. The diamond is supposed to represent the “purity” of the Champagne, while the rubies embody the wine’s “bold flavour”, the sapphires are inspired by its “complexity” and the emeralds reference its “minerality”.

The bespoke bottle comes housed in a mirrored presentation box inspired by the ones Mellerio used to present jewellery to Marie Antoinette in. The jeweler was founded in 1613 and claims to be the oldest in the world.

Anyone who buys a bottle of the Le Secret High Jewellery can take the ornament to Maison Mellerio – the designer’s flagship store in Paris – where the jewellers will shape it into a piece of wearable jewellery, like a brooch, bracelet or pendant.

At the same time, the house has launched Rare Le Secret Goldsmith – a limited edition of 1,000 numbered and engraved magnums featuring a gold plaque label.

Rare Le Secret Goldsmith comes in a gold mirrored case and is priced at £1,150 a bottle. Like Rare Le Secret High Jewellery, the Goldsmith edition also contains fizz from 1997.

Rare lives up to its name, having only been produced eight times since its creation. Keen to be better known in its own right rather than being viewed as the prestige cuvée of Piper-Heidsieck, Rare is now its own Champagne house.

The Champagne is produced by cellar master Regis Camus only in exceptional years from Chardonnay and Pinot Noir, and is known for its harmonious balance of richness, elegance and complexity, which comes from extended lees ageing.

The idea for Le Secret came about in 1998 when Camus decided to experiment with the undeclared 1997 vintage and age a proportion of it in 1,010 magnums.