Argentine winery Catena Zapata has announced that two of its flagship wines will henceforth be represented in Europe and Asia through merchants in La Place de Bordeaux. 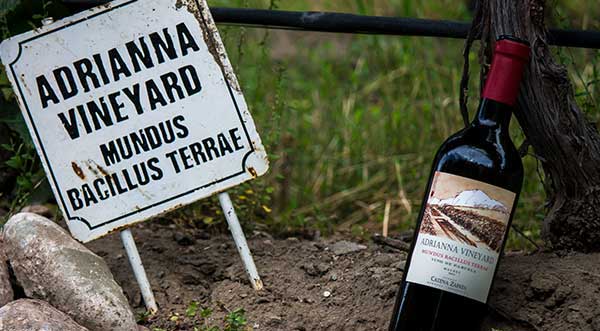 The winery has said that its ‘Nicolás Catena Zapata 2015’ and ‘Adrianna Vineyard Mundus Bacillus Terrae Malbec 2015’ will be the first wines to be sold through 10 merchants on La Place.

Dr Laura Catena commented: “I have long admired the Bordeaux négociants’ commitment to distributing the greatest wines of Bordeaux to collectors all over the world. They’ve been around since the 17th century and they certainly know what they’re doing.

“Through our almost twenty-year partnership with the Rothschild [Lafite] family in Argentina my father and I have developed a deep respect for the Bordelais vignerons.

“Their respect for terroir and for the uniqueness of place are at the core of everything they do, and we share their vision. We are proud and honoured to offer two of our flagship Catena Zapata wines through La Place de Bordeaux.”

The addition of Catena Zapata’s wines to La Place is yet another feather in the cap of the city’s merchants who also represent numerous labels such as Opus One, Masseto, Almaviva and, another new addition this year, Francis Ford Coppola’s Inglenook among others.

With en primeur sales of Bordeaux sometimes proving difficult, forcing négociants to sit on large stocks of claret for long periods of time, the increasing influx of high profile and high value fine wines from the Americas and Italy to La Place in order to use its international distribution network is no doubt proving invaluable.