Francis Ford Coppola’s Napa Valley winery, Inglenook, is to be distributed through La Place de Bordeaux it has been announced. 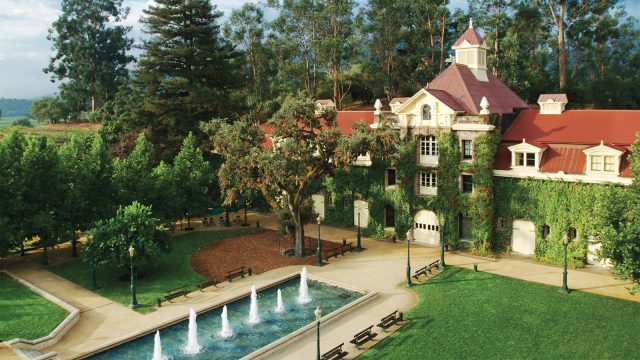 The Godfather director has named three négociant houses in Bordeaux: CVBG, the Moueix family’s Duclot and the Castéja family’s Maison Joanne, to distribute his wine internationally, with Inglenook’s 2014 ‘Rubicon’, 2014 Cabernet Sauvignon and 2015 Blancaneaux available from September.

Coppola said: “We are honoured to be represented by CVBG, Duclot and Maison Joanne. Inglenook already enjoys a prominent reputation internationally, but working with these three prestigious négociants will significantly increase Inglenook’s international exposure.”

In a joint statement the négociants said: “Inglenook, a historic winery of the Napa Valley, once again has the renown it deserves thanks to the vision and determination of Francis Ford Coppola.

“It is in the continuation of his vision for Inglenook that the international distribution of the signature wines has been entrusted to our three companies. We feel extremely privileged to have a role in the development of the international prominence and reputation of this remarkable winery.”

A number of non-Bordelais fine wines have recently turned to La Place in order to further their international distribution and standing, including Opus One, Seña and Masseto.

Inglenook will still work with other distributors in North and Central America.