A rare bottle of 50YO Yamazaki whisky has sold for HK$2.659 million (US$343,000) at Bonhams in Hong Kong, breaking the record for the most expensive bottle of Japanese whisky ever sold. 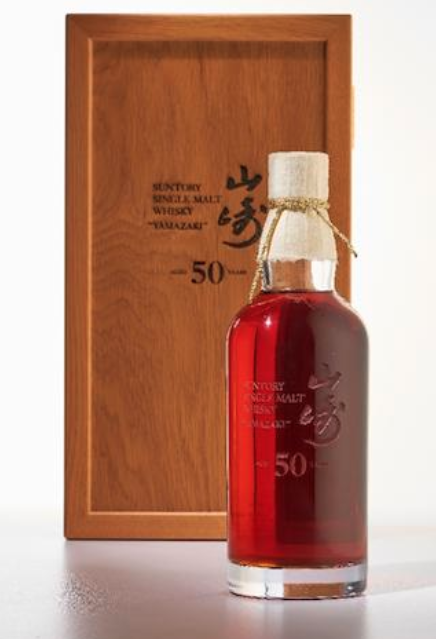 Released in 2005, the Yamazaki 50 Year Old 1st Edition is one of just 50 made, and was matured in casks made from mizunara (Japanese Oak). It comes from Japan’s oldest whisky distillery, Yamazaki, which is based in the Osaka Prefecture, and was founded in 1923. This expression is thought to be the oldest Yamazaki on the market.

According to the Nikkei Asian Review, the buyer, who joined the auction via phone and chose to remain anonymous, was from Asia.

“The Yamazaki 50-year-old is an exceptional whisky and, of course, very rare indeed,” said Daniel Lam, Bonhams head of fine wine and whisky.

“This new world record for a bottle of Japanese whisky – just a few months after we set the previous one – and the world record we set for Scotch whisky in May demonstrate that the auction market for single malt whisky is in good health.”