The Conseil Interprofessionnel du Vin de Bordeaux (CIVB or Bordeaux Wine Council), the trade body representing more than 7,000 producers in Bordeaux, has won a landmark case in China against counterfeiters the wine council has exclusively revealed to dbHK. 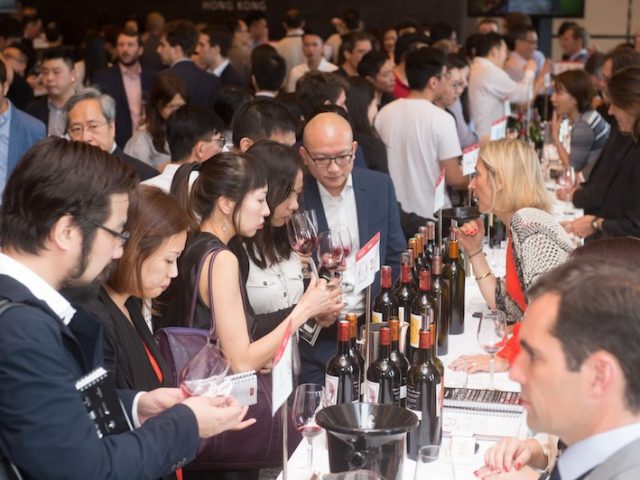 The case, won in July, is the latest success in Bordeaux’s fight against wine counterfeiters in China, which has become its biggest and most profitable market for the French wine region.

The country is home to more than 40% of Bordeaux’s annual wine exports by volume.

The counterfeiter, according to Thomas Jullien, the Bordeaux Wine Council’s representative in China, is based in the country’s main wine producing region in Shandong peninsula’s Penglai, and have been producing fake wines bearing the labels of Bordeaux and Médoc, two Geographically Indicated (GI) wine regions that the trade body has obtained trademark rights within China.

The CIVB, however, did not reveal the extent of the fake wine operation and the value of counterfeited wines in this case but said the counterfeiter was sentenced to two years in jail.

Since 2011, the trade body has been applying intellectual property rights for close to 50 Bordeaux GIs within China’s legal framework through the Trademark Office of the State Administration for Industry and Commerce (SIAC) and the General Administration of Quality Supervision, Inspection and Quarantine (AQSIQ).

According to Jullien, the case is significant in the sense that Shandong remains China’s biggest wine production base by volume and is itself home to China’s two leading wineries – GreatWall winery and Changyu Pioneers – as well as foreign ventures such as Domaines Barons de Rothschild (Lafite)’s Chinese wine project, and which is trying to establish its reputation as a serious domestic wine producing region.

“For us, it’s sending a strong signal, [that] in that area, the local authorities are serious about enforcement. For us, it’s important, Penglai is an area that has ambition for wine production as well. In order to protect the Penglai name, they have to make sure they don’t have bad actors in that area,” Jullien said.

The win came shortly on the heels of the council’s other legal victory in Shanghai last December, the de facto wine capital within mainland China, where three counterfeiters were convicted and fined for a combined total of more than RMB 1 million (US$145,000), the first criminal conviction on a collective GI.

“This is the first case. It is the first appellation case in China so it sets a precedent,” Jullien exclaimed on the magnitude of the win.

The case involved a wine dealer who had been selling counterfeit Bordeaux wines worth approximately RMB 5 million (US$728,475), “far beyond the criminal threshold for counterfeiting registered trademarks”, according to Shanghai Public Security Bureau.

The win, like most cases in China against counterfeiters, did not come about easily. Jullien revealed that since 2011, in addition to trademark registration, the council has been training law enforcement officers including police, customs officials and industry and commerce officials on wine labelling related to GIs and what is and isn’t Bordeaux wine.

“It takes all these preparations to get the result we have in 2017. It’s a long process…China is a big country, a lot of agencies involved in enforcement, a lot categories…It takes time,” he admitted, showing no sign of taking a victory lap just yet.

There are still ongoing cases where the CIVB is trying to invalidate or cancel trademark rights for a few ‘brand squatters’, he revealed without giving specific details on the appellations. He observed that, increasingly, counterfeit wines are moving online in addition to physical wine shops and wine trade fairs.

Yet, the scale of counterfeit wines affecting Bordeaux is a touchy subject that the CIVB refused to gauge. “There is no official figure but an understanding that the issue needs to be addressed and for that specific resources are allocated,” Jullien replied when asked by dbHK.

Asked if the cases concern more entry level or premium wines, Jullien refused to identify the wines that were targeted. Instead he stressed that counterfeit wines exist in all price points, but noted that the higher the value is, the more severe the punishment will be.

“The thing is if you are selling at higher price, to get a criminal conviction it’s the value that’s going to be taken into account. The counterfeiters are also people who are looking to minimise their risk. But having said that, I have seen cases where they are selling at high price and low prices too,” he explained.

Bordeaux is not alone in the fight. Australia’s Treasury Wine Estates, the parent company of Penfolds, is among a few wineries that have been vocal against counterfeit wines, and is currently in a legal battle with copycat wine brand ‘Rush Rich’.

“This is a fantastic win for the Bordeaux Wine Council and demonstrates the ongoing support and investment by the Chinese authorities in the protection of foreign brands within the domestic market. Treasury Wine Estates has likewise received great support from the Chinese enforcement authorities for its brand protection programme, which has been extremely important with respect to successfully enforcing its intellectual property rights against bad faith operators,” Anna Gibson, intellectual property director at TWE, commented.

“TWE is extremely grateful to the Chinese government bodies and enforcement authorities for their ongoing support of the protection of its brands in market,” she added.