Producers of China’s fiery Baijiu, largely consumed neat within China, have ambitions to reposition it as a versatile spirit that can be mixed for cocktails in an effort to increase global appreciation of the ferocious swigging liquor. 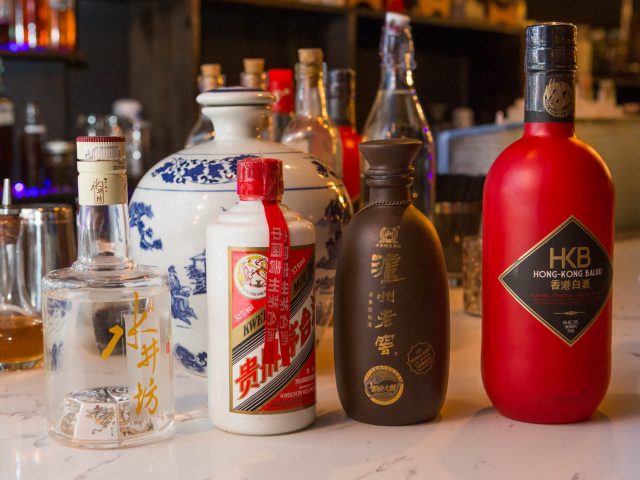 The translucent Chinese liquor is the most popular spirit in the world, but which few will have drunk outside of China.

The liquor, a favourite among China’s first generation of revolutionaries and the tipple of choice at wedding banquets and business dinners, can be made from grains and sorghum, and has an alcoholic strength varying between 38% abv to 68% abv.

China produces between 11 billion and 17 billion litres of baijiu a year, and less than 20,000 litres are exported, according to China’s National Information Centre of Customs General Administration.

The most exported baijiu brand in 2015 is not Kweichow Moutai, the most known baijiu brand in China, or Sichuan-based Wuliangye but a Guangdong-produced baijiu made from rice under Zhu Jiang Pai, a company known for its various condiments from soy sauce to oil.

This is expected to change with the country’s Kweichow Moutai rolling out overseas expansion plans in Africa, Australia and Europe.

Since China launched the “Belt and Road” Initiative, Moutai has carried out large-scale brand promotion activities globally in Germany, South Africa and other countries along “Belt and Road” route connecting central Asia and Europe. The company expects to increase its overseas sales to take up to 10% of its total sales by 2020, as previously reported by db.

The UK, described as “one of Moutai’s fastest growing overseas markets”, imported 17.5 tons of the liquor in 2017.

Now World Baijiu Day, a campaign launched four years ago to raise Baijiu’s profile overseas, is returning for its fourth edition, with its founder keen to introduce the liquor ‘beyond ganbei’, referring to the rounds of downing baijiu in one sitting.

Targeting young consumers who are willing to explore new drinks and products, a growing number of baijiu promoters are re-inventing the high proof liquor into a stable in bar space, using the strong liquor as a mixer for cocktails.

“Many people dislike baijiu because their first experience was a ganbei session,” says World Baijiu Day founder Jim Boyce. “We want to give people many ways to try baijiu, we want people to have a good first experience, we want them to be inspired to explore baijiu’s many styles and history.”

This year, the one-day event on 9 August will unite bars, restaurants and shops in 30 cities around the world including launching baijiu-infused Gelato in Stockholm, tiki-style baijiu drinks in Minsk, baijiu and food pairing events in Berlin and Chengdu.

“These events are good for people who don’t know anything about baijiu or who already think all baijiu tastes the same,” adds Boyce.

But results still remain to be seen if the Chinese national liquor can find a steady audience outside of China.