Having taken over in 2017 and begun construction at the beginning of this year, the new owners of Astley Vineyard in Worcestershire, one of the oldest vineyards in the UK, have already rebranded the range and completed construction of a new winery and shop. 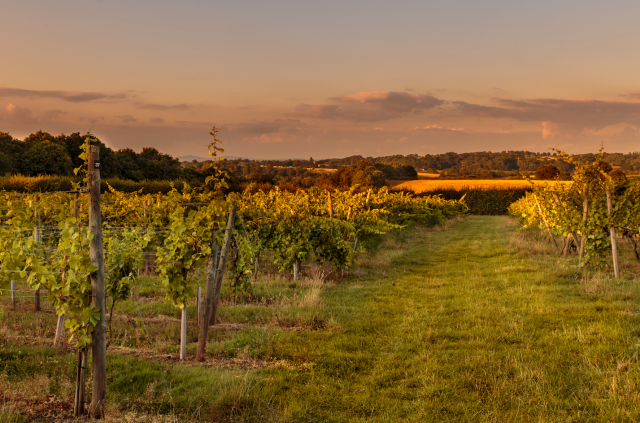 With the original vines planted in 1971, the new sales manager of Astley, Chris Haywood, is keen for the winery to remain boutique.

“We produce around 9,000 bottles a year – we’re commercial but only just,” he told the drinks business. “English wine is no money making machine, it’s a lifestyle, an ethos. We sell to independents and because of our size, it’s very important to us where we’re sold”.

Having worked at the vineyard for 24 years, former farm manager Jonty Daniels finally hung up his boots in July last year, but before he left, he was adamant that the business and house should be kept as one.

Now owned by local family the Haywoods, the vineyard is now run by Chris and his wife Matleena, his sister Daisy and parents Bev and Tim. The winery has also hired Simon Day of nearby 16 Ridges winery as its consultant winemaker while Chris learns the ropes, with the aim of ultimately taking over as winemaker himself.

Upon taking over, the Haywoods redesigned the wine labels as well as making a number of other improvements.

“We didn’t even have a website or card machine and the cellar door shop was actually in the house,” said Haywood. “We wanted to stay true to the winery’s heritage and push it in a more modern and better direction.

“We wanted to incorporate ‘London style’ without shoving it in people’s faces”.

Astley is particularly known for its Kerner, a cross between Schiava Grossa and Riesling developed by August Herold at the Weinsberg research centre in southern Germany in 1929. According to Wine Grapes, it is named after the 19th century Württemberg doctor Justinius Kerner who recommended that his patients drink a glass of wine “as the best natural medicine”. The variety, which has good frost resistance, is Germany’s fifth most-planted white variety, but just nine hectares are planted in England, down from 20 hectares in 1990.

As well as Kerner, Astley has 10-year-old Bacchus vines, 30-year-old Madeleine Angevine and 20 to 30-year-old Siegerrebe and “random plantings” of Sauvignon Blanc, Pinot Noir and Chardonnay. 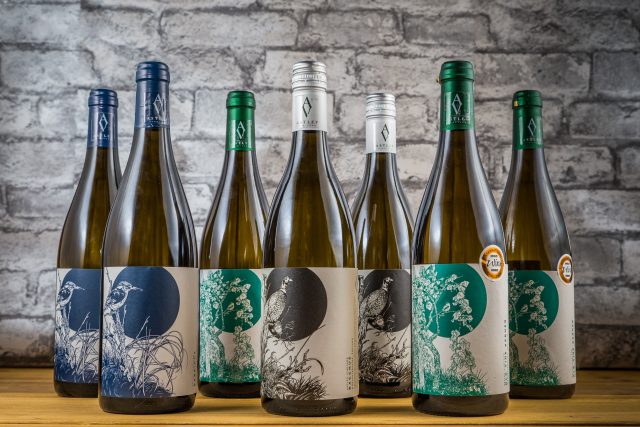 The winery focuses on still wines but also produces a sparkling Kerner and a late harvest Siegerrebe in years when passerillage is possible.

“People always ask us if we’re planning to plant more vines – we’re not as it will fundamentally change the vineyard and mean that we have to expand and hire more people. This has always been a family project and we want to diversify in that direction, by holding tours and hosting events. That is where the money is and also what we can actually do as a family,” added Haywood.

“At the moment we really need to just rationalise the vines that we already have”.

Having used private funding as well as a grant from the European Union’s Leader Project to promote rural tourism, the winery has completed most of its construction work in just seven months. It also enlisted the help of local design agency We Are Beard to rebrand its labels.

“They had never done wine labels before, but I see that as I strength as it means we didn’t copy others,” said Haywood. The new artwork was inspired by Victorian bronze etchings and features animals that live around the vineyard including the resident pheasant and a kingfisher.

The year so far

Commenting on the season so far, in a year which some producers are hailing as their biggest and best to-date, Haywood said it started off with an unprecedented cold spell.

“The winter was very cold, I’ve never known it so snowy here, we had 10 straight days of snow and a fair bit of rain”.

Having fallen “a week or two” behind schedule, a “fantastic spring” pushed them a week or two ahead. With the scorching weather this summer the winery is expecting an early harvest with its crop of Madeleine Angevine looking “particularly healthy”.

Future releases from Astley will also include small-scale, experimental bottlings such as skin contact whites and an orange wine. It is also planning to release a late harvest this year, providing conditions remain favourable.

“The Pinot Noir is really good here too,” added Haywood. “It has great potential, you only have to look at 16 Ridges still Pinot”.